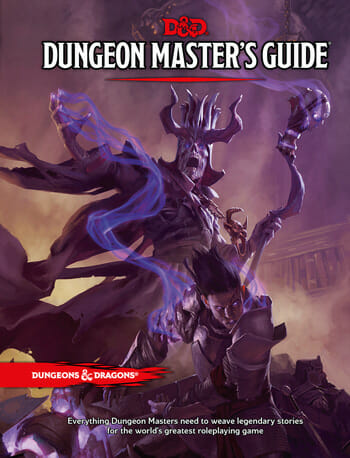 Did you find is a bit strange that Dungeons & Dragons 5e was not released in a single go? You have to wait. The first of the core books to come out is the Player’s Guide. The Monster Manual is due next. The Dungeon Master’s Guide will be out last.

There’s been no shortage of people arching an eyebrow at the decision. Why make people wait?

There’s been quite a few people blogging about how strange and frustrating they find the strategy. They ask; how can you play D&D without stats for monsters? Frankly, I’ve not seen a monster in my weekly tabletop RPG in weeks but each to their own.

There were two main reasons Wizards of the Coast gave for the decision. They pointed back to reveal D&D releases and the sheer amount of work that was needed to get all three books out on time. The pressure created too many typos and errors in the book. In other words, to protect quality, Dungeons & Dragons 5 would be released at a slower rate.

The second reason WotC gave was a nod towards the price. Many gamers will want to buy books up front or even pre-order. All three arriving at once is expensive for everyone.

Those two reasons go well together; who’d want to splash the cash in the biggest possible chunk ust to maximise the risk of errors.

This week Mike Mearls announced that the Dungeon Master’s Guide would be delayed.

The release date slips back to December 9th and for stores in the early release program the date will be November 28th.

Wizards of the Coast are being heroic. They’re using feedback from the Player’s Handbook to adjust their plans for the Dungeon Master’s Guide.

It’s also the case that the publisher spent more time on getting the Player’s Handbook and Monster Manual right in terms of layout. This time has to come from somewhere and it’s eaten into the time that had been set aside for the Dungeon Master’s Guide. Hence the delay.

This proves that Wizards of the Coast had it right. The three tiered release schedule meant that the delay to the last book did not hit the release date of the first two. We’re playing D&D 5e already. The Monster Manual will be out on schedule.

What do you think? Do you agree? Has the three stage release schedule been for the best?

I’ve yet to run a game where I “need” monster stats. AC HP, ability scores, and add in some spells if you want the monster to do cool things. Your players don’t need to be able to look up what the creature can do. I’m all for the staggered release because I’ve given my own feedback on what the DMG should have and I hope it lives up to the expectations

shadesofkin You’ll have to let us know what you make of the DMG once it escapes the warehouse and finds its way to your gaming table. 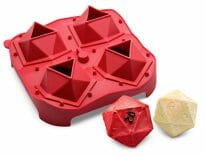 Geek Stuff Be a critical hit in the kitchen! d20 mini cake pa…