You are here: Home / Books / Listen to Edward Cox’s The Relic Guild

This audiobook clip comes from Edward Cox’s The Relic Guild.

Young Clara struggles to survive in a dangerous and dysfunctional city, where eyes are keen, nights are long, and the use of magic is punishable by death. She hides in the shadows, fearful that someone will discover she is touched by magic. She knows her days are numbered. But when a strange man named Fabian Moor returns to the Labyrinth, Clara learns that magic serves a higher purpose and that some myths are much more deadly in the flesh.

The only people Clara can trust are the Relic Guild, a secret band of magickers sworn to protect the Labyrinth. But the Relic Guild are now too few. To truly defeat their old nemesis Moor, mightier help will be required. To save the Labyrinth – and the lives of one million humans – Clara and the Relic Guild must find a way to contact the worlds beyond their walls.

The Relic Guild is Cox’s debut novel from a writer with a decade of writing experience with published short stories. With short story first published in 2000, Cox has a Master’s in Creative Writing and has taught the same at the University of Bedfordshire. Neil Gaiman, Angela Carter, Tad Williams and David Gemmell are listed among heroes and inspirations. The Relic Guild is a creative fantasy story about people doing the right thing even though they’ve been given every reason not to.

The audiobook of The Relic Guild is available on Audible and there are eBook and trade paperback come September 18th.

The digital edition of the book will cost £1.99 until the 25th of September. Grab it quick. The Relic Guild is the first debut novel to launch with an audio download by publisher Gollancz in years. 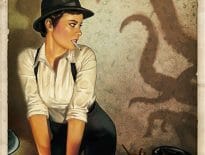 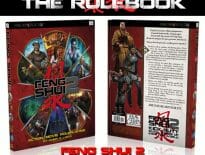