You are here: Home / Games / Tabletop & RPGs / Mashing Up The Strange: A Review of When Worlds Collide 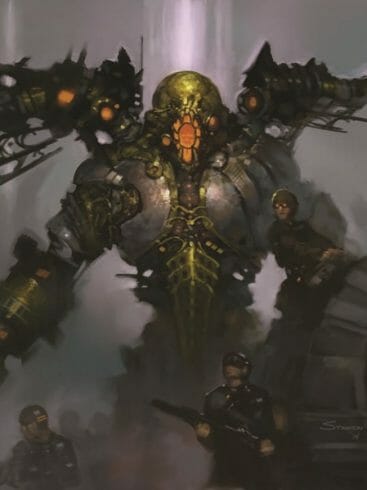 When Worlds Collide on RPGNow

The strange and incredible come in many guises and sometimes you need a helping hand making sense of it all. With the release, from Monte Cook Games, of The Strange, the Cypher System has expanded with more than 400 pages of content. Given that the game uses the same system as the acclaimed Numenera, can you use elements from one to colour and extend the world of the other?

Form
When Worlds Collide: Converting Numenera and The Strange comes from the combined pens of Monte Cook and Bruce Cordell. Made available electronically, the supplement runs to 18-pages of content, aimed at gamemasters looking to use elements from one system in the other.

The supplement includes coloured art drawn from core books and supplements of the existing Cypher System lines. When Worlds Collide gives two pages over to the cover and table of contents, leaving 16-pages of content. The supplement uses the familiar two column format with margin notes – providing notes, cross references and page numbers for details on specific creatures, mechanics and background material.

Features
It isn’t uncommon to find games using a common mechanic. I’m not just talking about games like Savage Worlds and GURPS, which provide a generic rule-set and layer supplements on top as background. I’m also thinking of systems like Basic Roleplaying from Chaosium, originally generic, but later a go to mechanic for disparate games from Runequest and Stormbringer to Call of Cthulhu. Most of the time you could probably just pick something up and use it in another game using the same core system, but sometimes it warrants a little consideration to maintain play balance or understand why the creators skewed a mechanic in a certain way.

When Worlds Collide: Converting Numenera and The Strange does that for the Cypher System. The games use broadly the same mechanics, but The Strange has a different focus and flavour. Partially this supplement deals with the mechanics and crunch you might share between the two, but it also considers the consistency and compatibility if you choose to have one world exist within the backdrop of the other.

The Strange deals with a version of Earth that exists at a nexus of other dimensional worlds constructed through fictional leakage and the conscious actions of those with the Spark. It takes place in the here and now, the present day. Numenera, on the other hand, takes place in an almost unimaginable future, billions of years distant. Great civilisations have come and gone, leaving the world littered with the debris and detritus of their passing, and humanity has risen once more amidst the waste. How do you reconcile the two? That’s what When Worlds Collide seeks to explore.

The first section – Combining Worlds – provides 3-pages of thoughts on how you can have one world co-exist with the other. The section offers thoughts on the hows and the whys, with specific reference for foci, descriptors and types. Essentially, it asks, do you want to just pillage one game to furnish the other with more options, or do you want to make more constructive and creative use of the common ground between both.

The following two sections, that then take up the rest of the page count, takes the two different games and asks how you might use one with the other. Whether Converting Numenera to The Strange or vice versa, the supplement goes into considerable detail looking at Foci, Descriptors and Types – and how they translate.

Some won’t without giving them a little consideration. That’s a simple and straight forward fact that these two games are not identical. The oddities of Numenera, for example, do not exist in The Strange. While both systems have three types to choose from when defining the high level focus of your character, they don’t precisely align – despite the almost generic sense of warrior, wizard or rogue you might get from seeing Numenera or The Strange at first glance.

The Converting Numenera to The Strange section is longer than the other way around because Numenera sets out a quite alien world, filled with unusual terminology. The Numenera game also exists in a single, if alien, setting, while The Strange embraces infinite dimensions – or Recursions – that adhere to principles of magic, physics or other laws that define and confine what works or doesn’t when you traverse the Strange Network.

The supplement includes a lot of tables with much cross-referencing, consideration not only the core books for both systems, but also the recently released Numenera Character Options. As well as mechanics, the supplement considers how you can reuse cyphers, artefacts and creatures across the system, not only mechanically, but in terms of where they fit into the themes of the setting. My personal favourite is the use of the Latos from The Ninth World Bestiary, a titanic creature with a globe-shaped head that contains a whole dimensionally-transcendent city – but here contains the whole of The Strange setting.

The final page straddles the line between conversion and retro-errata, suggesting how you can apply rules from The Strange rules in the Ninth World. It’s no surprise that the Cypher System has developed and refined since Numenera came out and The Strange has tweaked the system. The three suggestions don’t repair something that’s broken – they offers alternatives you might choose to pick up.

Final Thoughts
Do you need When Worlds Collide: Converting Numenera and The Strange  to guide you in exploring the possibilities of mashing up these two settings? That’s the question. I think if you have a thorough and well read grasp of both systems, you might well manage without some of the guidance and wing it. However, you also might benefit from understanding how the writers themselves see one game translating into the other.

For the rest of us, who play the games but appreciate others doing the heavy lifting when it comes down to adventure, mechanics and conversion – When Worlds Collide provides a plethora of cross-referenced tables, page numbered guides, and considered examples. If you want to use elements from one with the other, or go the whole hog and allow them to co-exist, but don’t have the time or inclination to figure out the nitty-gritty details, you have what you need in here, at your fingertips, ready to go.

Personally, I can’t quite decide whether to go for that Latos option in my Numenera game, or have my operatives of The Estate overrun with brutal Oorgolian Soldiers seeking to put an end to the threat of humanity existing in any future World, never mind the Ninth.

Mashing Up The Strange: A Review of When Worlds Collide 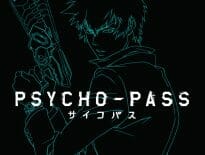 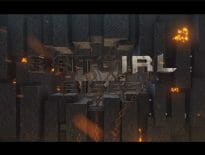