You are here: Home / Games / Tabletop & RPGs / Curious and Terrible Things: A Review of The Ninth World Bestiary 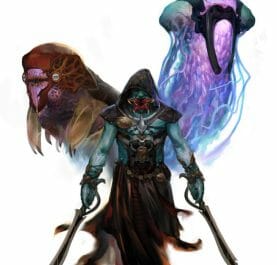 The Ninth World Bestiary on RPGNow

The adversaries, beasts, constructs and monsters of the Ninth World poses a formidable and often unfathomable threat to life. Characters setting out on a voyage of discovery through the weird landscape of ruins, drit and numenera can expect to not expect much of what they encounter. No one expects the Spanish Inquisition – true enough. However, fewer still expect an attack from a non-Euclidean matrix construct of ultraterrestrial one-dimensional lines.

The Ninth World Bestiary offers more than 160 reasons why explorers should stay at home (although, it’s Numenera, so your home probably has fifty shades of weird going on as well).

Form
The Ninth World Bestiary is a 162-page PDF, also available as a rather stunning, colour hardback. Part of the original Kickstarter package, the Bestiary comes courtesy of Monte Cook, Bruce Cordell and Shanna Germain, with the assistance of more than a dozen artists.

The team of artists have created a stunning set of creature illustrations that really create a stand-out looking book. While quite a few creatures don’t have an image, most do – and the margin uses the illustration silhouette to provide a sense of scale against a normal human explorer. Handy.

Of the range of Numenera books, this one has really tempted me to buy the physical edition. It also left me disappointed I didn’t get in on the Kickstarter!

Features
As with the recent release of Injecting the Weird, for me this Bestiary held a promise of furnishing a sense of Monte Cook’s vision. However, on a more simplistic level – the book represents that perennial roleplaying publication, the Monster Manual.

The introduction of the book starts with six pages on Designing Numenera Creatures, a succinct guide to the various numbers, concepts and facets that make up a Ninth World adversary. In some measure, this section discusses the standard way to put a creature together and why you might choose to vary that – like a Level 3 creature not always causing 3 damage or possessing 9 Health.

Some of the information considers the statistical balance of Levels, Health, Damage and so forth in light of the variable power levels of character groups. Importantly, it adheres to the Numenera principle that creature encounters should not scale simply to match the power of the opposition. Tier One characters should be cautious and circumspect in their approach to threats of significance, using intelligence, terrain and good judgement, while a band of Tier Six might wade in and not break a sweat even if they make a mess of their approach.

Ecology of the Ninth World provides an overview of the creatures likely to appear in areas of civilisation, whether as pets, mounts or domesticated for farming. The first paragraph reference the need to remember that while the book might make comparison to modern animals as a term of reference, the GM (and players) should infer nothing else from this – some goat or rat-like in the Ninth World should look nothing like either, but simply fill a comparable niche.

The core section of the Bestiary includes a really old favourite, the Random Encounter Table. After a comparison chart, showing all creatures ordered by Level, two pages provide eleven tables that allow a GM to determine encounters by terrain or location – whether Exploring the Ruins, Trekking Across the Desert, or Uncovering an Area No Living Thing Should Be.

After that we get the Creatures, following a format identical to that used in the Core Book. The creatures presented vary wildly, from the genuinely weird and freakish through to things that sort of could be generic fantasy but not quite. So, you have the likes of Killists – poison goblins, Grush – basically trolls, Spurn – trash elementals, and Neveri – Shoggoth-in-all-but-name – filling the Monster Manual essentials category.

On the weird side, you can enjoy your players reactions to:

I found other creatures interesting, but I’m loathe to list more examples in case Numenera players read this review. I don’t want to spoil the surprises.

Personally, I found the Bestiary too focussed on creatures hungry for flesh. In a game where discovery rewards far greater riches than combat, characters will just want to avoid creatures with a high ratio of eviscerating edges-to-numenera. I get the concept of adding hazards into the environment to make exploration and discovery an uphill struggle, but I came away from many entries without a sense of how I might use them. Other supplements – and Glimmers – for Numenera have excited me with the prospect of how many ways I can tax and challenge my party. Here, I didn’t get the same sense of wonder and excitement, despite the fantastic art and production quality.

As well as monstrous creatures, the back of the book contains two additional sections. Characters contains three archetypes – the Arch-Nano, the Deadly Warrior and the Poisoner. Rather than specific characters, these represents very specific developments of the core character types. Margin notes offers thoughts on what makes creatures memorable or weird, and why your creature concept should always trump the numbers if it makes sense to do so.

Following these three Characters, the next section deals in named People of Renown. Containing descriptions of seventeen individuals, most including an image, a brief description of the background and motivations, and their various statistics. In addition, the majority have marginalia, including a GM Intrusion.

The personalities make for entertaining reading and presented, for me, the greatest potential for creating adventures around, rather than serving solely to populate encounters. A survivor of the Iron Wind, a traveller who suffers from a strangely miraculous fit, an imperious and lethal woman intent on discovering immortality, and an oracle at one with all the secrets of the Ninth World (and beyond). Here you will certainly find patrons, sources of information, troublesome hindrances, or a campaign-driving nemesis, certain to drive characters either to distraction or toward their apotheosis

Final Thoughts
Only a year old, Numenera continues to find its feet and deliver the various components of the Kickstarter that spawned it. Like the recently reviewed Injecting the Weird, I hoped that The Ninth World Bestiary might fill with with a wondrous appreciation of Numeneran weird – and it did, in some measure. However, at the same time, it essentially just filled the expected gap of a Monster Manual – which might sound like an odd criticism to make, and you’re probably right.

The Ninth World Bestiary serves the purpose of expanding the potential creatures and adversaries to throw at your waiting team of characters, and does that by covering a broad range of expectations. The creatures presented range from refurbished mainstays of fantasy gaming through the somewhat odd to the frankly bizarre. A GM inclined toward combat will find plenty of bloodthirsty, murdering monsters here, while those keen to exploit Numenera’s urge to reward exploration and discovery will have equal success in presenting challenging, confounding and even competing adversaries. Nothing focusses the mind on a numenera hunt more than knowing the site your exploring has become infested with creature that consume technology for breakfast…

A gorgeous book – whether in PDF or hardback, The Ninth World Bestiary scratches a weird itch, but not as hard as I would have liked. While I often groan when I spy a sequel volume in a monster compendium series, I genuinely look forward to future tomes of Numeneran creatures with the weird turned up to 11.

Curious and Terrible Things: A Review of The Ninth World Bestiary 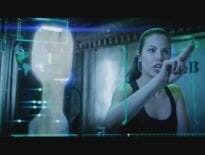 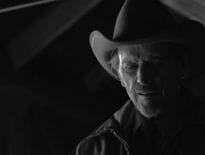