You are here: Home / Books / Comics / A review of MULP: Sceptre of the Sun 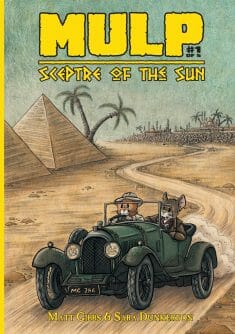 MULP: Sceptre of the Sun is an all-ages anthropomorphic comic from Matt Gibbs and Sara Dunkerton.

I thought I knew what I was getting into after reading just the first few panels. Ah, I see; all the characters are different types of mouse. Our hero is being called out to an archaeological dig in Egypt. I nearly put the story down at that point to read later. I was reminded of Mouse Guard and of Brian Jacques’ Redwall, neither of which I’ve read as I’m also saving them for later.

I’m glad I persisted with Sceptre of the Sun. Just a few panels later and we see the gentlemice have unearthed a large – and clearly human – skeleton. It is funny how one panel can change your perception of a comic book. All of a sudden I was intrigued.

As it happens, MULP wears the influence of Brian Jacques on its sleeve. Matt Gibbs cites the influence and main character of his series is called Redpath.

So, what’s with the human skeleton? That’s part of the mystery.

In the Egyptian dig the mice have unearthed a mysterious tablet. It contains a similar story from both Greek and Egyptian mythology, with important differences but also a common thread. We encounter a third myth later on which seems to confirm the first two. 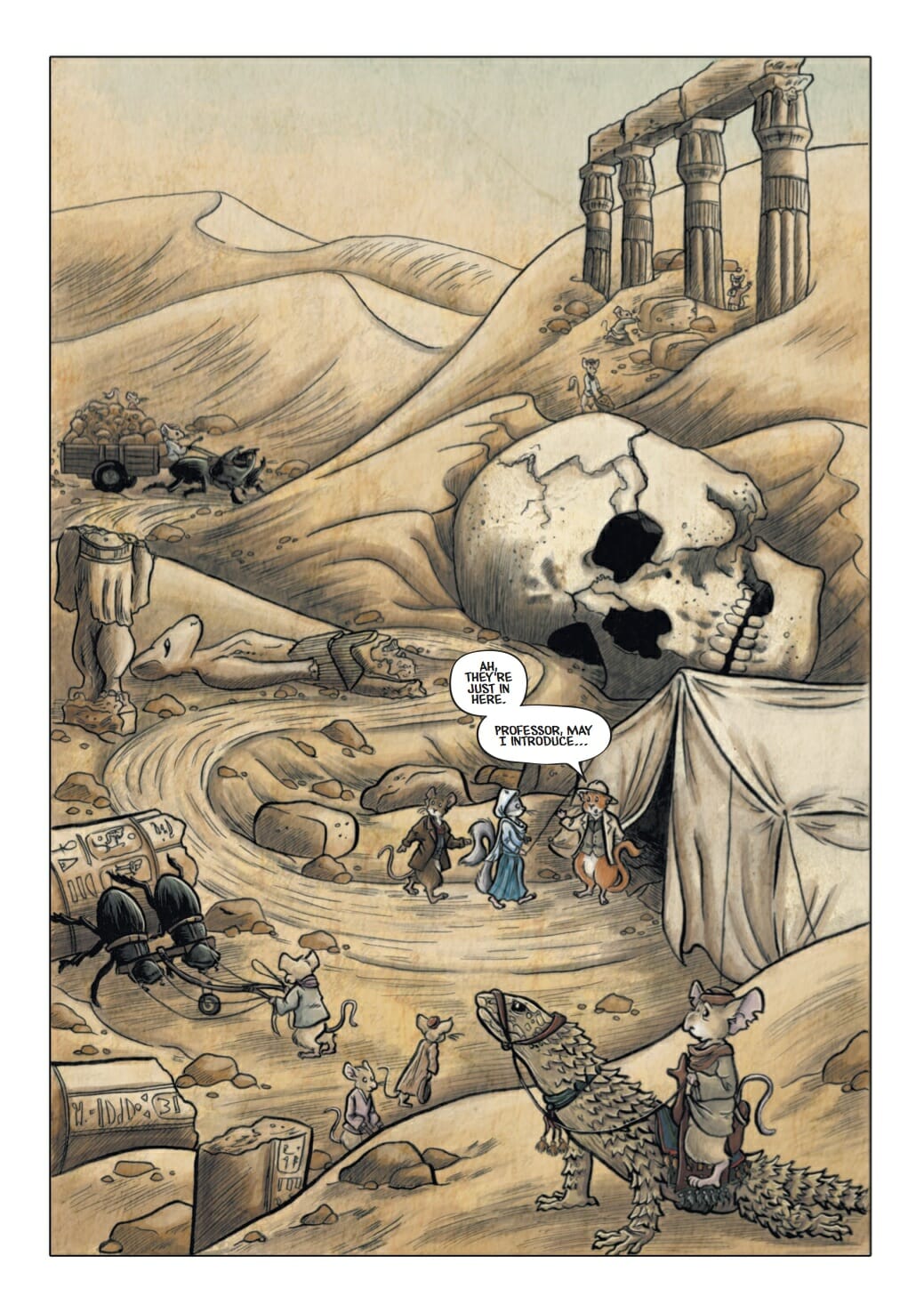 The mice are sent on a treasure hunt. If the myth is real then there’s a great treasure and it’s one the baddies are after as well.

Readers, if they want, are left to note that this must be something of a post-apocalyptic setting. The “first race” or “dumb giants” are, we assume, mankind. What happened to them?

As MULP is an all-age comic book I suspect we won’t dig too deeply into the history of the world. Issue 1, released in May, finishes as the mice Jack Redpath and Vicky Jones head off in chase of the rival group and the possibility of treasure.

There are touches of Indiana Jones here. It’s that sort of era. The mice have early motorcars and in one scene we see a lizard-riding mouse in the foreground.

MULP reminds me of the dangers of jumping to conclusions too early on. I enjoyed being wrong-footed by the story and enjoyed reading the issue.

My copy of MULP was provided for review. More information at MULP comic.com.

A review of MULP: Sceptre of the Sun 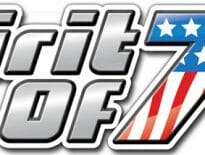 Tabletop & RPGs Spirit of 77: A review of Cruise Ship of the Damne… 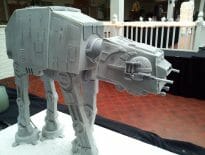