You are here: Home / Games / Tabletop & RPGs / Spirit of 77: A review of Cruise Ship of the Damned

Cruise Ship of the Damned is described as a free to download pre-written adventure for Spirit of 77. It’s more than that. It’s actually an introduction for MonkeyFun Studios’ Spirit of 77 RPG. Spirit of 77 is due to launch in Kickstarter in September.

What you get with this download is an introduction to the Spirit of 77 rules, pre-genned characters and the pre-written story.

As it happens, Spirit of 77 contains a structure on how to create your Fiction and mange escalations. In the spirit of the action movies and TV series of the seventies the game has the concept of “Fronts” to describe plot lines and opportunities and uses a gear stick system to handle the escalating drama. It goes from Park, to Neutral and all the way up to Overdrive. It makes sense including this structure in the teaser because it makes the life of the DJ (the GM) easier; the pre-written adventure tells you exactly how NPCs are reacting depending on which drama gear.

The Front/gear system was one of those rare times I found myself moving from “what’s the point?” when I read the rules to a few minutes later, reading through the adventure, to “Aaah! That’s really clever”.

The thing to remember is that the Spirit of 77 is the American spirit of the seventies. I was born in the 70s, so a touch young to have watched the TV shows on their first broadcast and I live in Scotland. Even I know the style of show this game invokes though. I know the high octane drama, the fashion and high levels of politically incorrect storytelling.

Blaxploitation and objectification of women? There’s loads of it. That might not be to everyone’s taste and I’m sure MonkeyFun will just take that decision on the chin. The game itself is all about the spirit of cooperative storytelling and is far more appropriate than the genre it pays homage to. I think you’ll be safe in the hands of a good DJ.

The game calls GMs DJs because it’s in spirit and because the use of soundtracks are part of Spirit of 77. Here’s the soundtrack for Cruise Ship of the Damned.

I appreciate the effort. The decision to do this does put a little bit of a learning curve on the game, though. I don’t think Cruise Ship of the Damned is something you can download just five minutes before you’re due to be running the game.

Here’s the thing. This is a very good early taste of Spirit of 77. Cruise Ship of the Damned is something you should download with an hour or so spare. That’ll give you time to read through all 49 pages and get to grips with it. That’ll be enough to let you wing your way through the pre-written adventure.

The adventure is straight forward but involves the twist in Spirit of 77 that your players might not be expecting. This is an alternative world in which aliens have made contact. There are high levels of technology. In game terms this means you can have a 6 Million Dollar Man style character, robot ninja baddies and satellites armed with lasers. In the case of Cruise Ship of the Damned there’s been a radiation was from a piece of X-Technology which is causing staff and passengers to turn into zombies.

There are some nice touches. The DJ is briefed to include certain aspects depending on the character choices their players make. This helps tailor the game to suit.

This isn’t a playtest of Cruise Ship of the Damned but my encounter with it has convinced me it deserves to be given a go. I’m not a fan of pre-written adventures, not at all but in this instance I want to see how the system slots together with an adventure designed by the system creators.

My recommendation? Pop over to Spirit of 77.com, download the freebie and persuade your gaming group to give it a shout. Watch here for Kickstarter news for the main game.

Spirit of 77: A review of Cruise Ship of the Damned 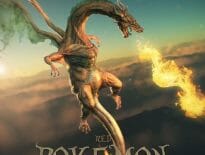 Art What if Pokemon were kaiju?