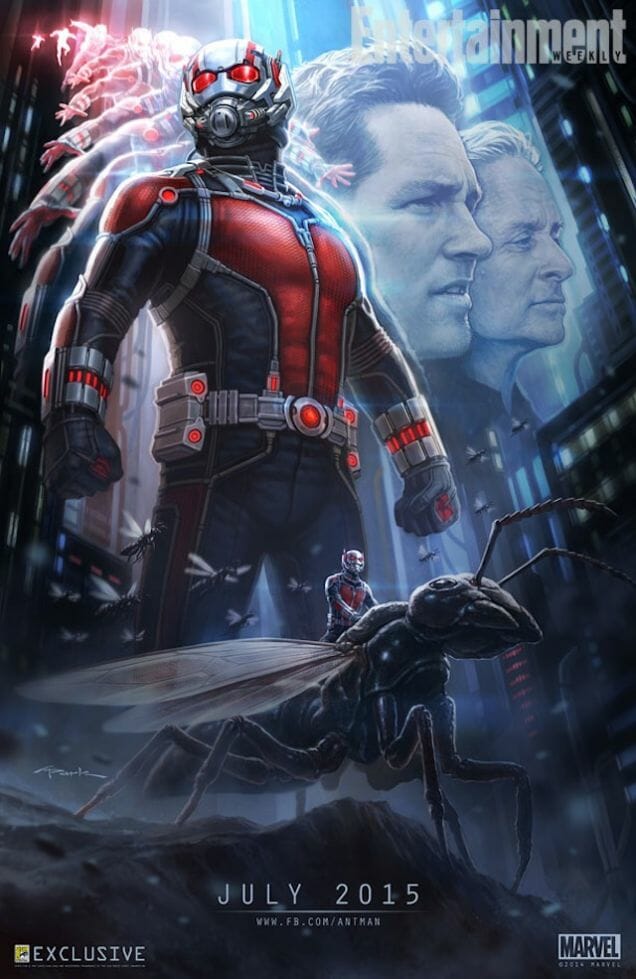 It’s not been an easy ride for Ant-Man but now, at least, there’s an official movie poster. There’s Michael Douglas, Paul Rudd and an ant steed.

Look at that ant! Also; there’s the Ant-Man costume which looks pretty high-tech. There’s a lot of neon.

I said “official” poster … and that kinda works as it is what Marvel Studios are sharing at Comic-Con. It’s official in the sense that it’s pre-production concept art made for SDCC.

Geek Stuff Final Fantasy character designer remakes Batman
💰 Copper Coins 💰 Geek Native is an affiliate and may earn commission on purchases you make from third-party sites.
🍪 Privacy & Cookies 🍪 The site uses cookies to survive. By accessing the site, you agree to use your browser to control cookie use or take 1d4-3 privacy damage (tracking). If you defeat cookies via ad blocking, please consider the Patreon. An intro to cookies, and how to control them, can be found here. I Manage Cookies