You are here: Home / Books / Cyberpunkish: A review of Koko Takes a Holiday 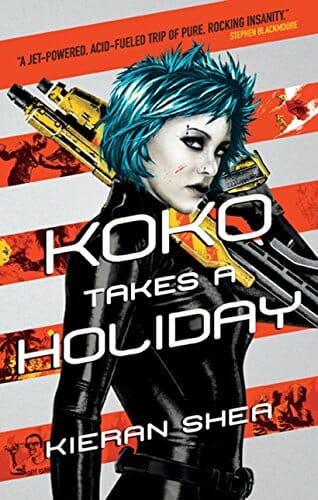 I think “cyberpunk” is a suitable word for Kieran Shea’s “Koko Takes a Holiday”. It’s not a perfect fit. It’s hard to put tropical islands and furries into that particular genre but they’re there along with the dystopian future, body modification, gangs and corporate culture in this holiday.

I struggled with the start of Koko Takes a Holiday because some of the narration is in the voice of one of the furry boywhores who service the island resort. Fortunately that accented storytelling does not last long. One of my few grumbles with the book is that dodgy accents pop up from time to time and make the reading hard. That includes the future lingo of the world 500 years from now but also weird characters. I mean; why give any character a cybernetic tongue implant that makes their speech sound all wobbly even if it is just a minor character? Why?

The other note about minor characters in Koko Takes a Holiday is that they don’t tend to survive very long. This is a dangerous future.

Koko is a retired ex-corporate mercenary. She’s received training from Portia Delacompte, a mercenary of note, done well and managed to retire as an owner of a brothel on The Sixty Islands. The Sixty Islands are a haven for people who want to escape off and enact fantasies of sex, death and hedonism.

Things start to go wrong for Koko when her ex-boss Portia Delacompte decides to kill her. There’s a twist. Delacompte can’t remember why she wants to kill Koko. Her selective memory removal treatment, taken to ensure swift progress through the ranks of the ruthless organisation she is now a member of, must have removed those little details.

Koko soon has to deal with deadly, eye munching, corporate assassins who are sent after her. The first of these assassins are fed to the synthetic komodo dragons that live outside her brothel but they keep on coming.

Kieran She’s adventure is packed full of crazy situations and just as crazy characters. Koko’s most likely chance of survival becomes a suicidal cop. There’s a spaceship full of sewage. There’s a Church that accepts all the old gods provided you dial in your daily dose of pain over the internet every day.

The tempo of the storytelling is near on perfect. The action picks up speed like a jet fighter going in to attack – and it twists and turns with the same agility.

Koko Takes a Holiday ends with the promise of a sequel. I hope there’s one.

My copy of Koko Takes a Holiday was provided for review. Kieran Shea, Titan Boosk, pp 336.

Cyberpunkish: A review of Koko Takes a Holiday 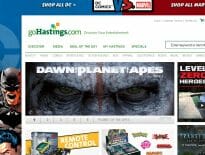