This build version has online multiplayer with four armies (one warcaster, multpile warjacks and warrior units each) and a multiplayer map. For single players there’s a scenario designed to introduce the game before nudging people into multiplayer.

There’s a lot to go until we reach the final version of the game which is expected to have 21 missions, three multiplayer maps and four factions. Warmachine: Tactics will use a point-based squad system for customisation, allowing you to pick which units to take into battle and an unit colouring system for nearly unlimited control.

In addition the final Warmachine: Tactics will have play-by-mail functionality, a hot seat if you want multiplayer on a single computer and you can team up with or fight against AI.

If you’re tempted by buying the early access Deluxe Edition then you’ll get straight into the beta and an extra 20 units which include 8 mercenary warrior units, Magnus the Traitor Mercenary Warcaster, 3 mercenary Warjacks, 4 unique Character Warjacks (of the Apotheosis – one for each core faction) and 4 massive Warcasters. 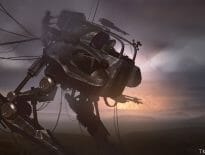 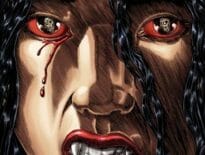