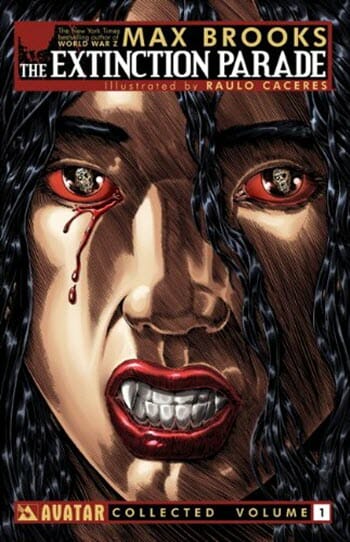 Yes, but what happens next?

This review of Extinction Parade is of the first graphic novel which collects the first five issues of Max Brooks’ (World War Z and The Zombie Survival Guide) and Raulo Caceres’ (Crossed) series.

Zombies are stupid. They’re slow. They can’t even see vampires. No wonder the lords of the night mock them. The humans are nearly as bad but at least they’re capable enough to squash zombie outbreaks on those rare occasions luck allows the “subdead” to gather in numbers.

Extinction Parade moves very quickly on to a subdead outbreak which humanity does a poor job in coping with. This zombie plague goes global. It’s a glorious time for the vampires as they’re able to hunt freely and almost act in the open.

This is also a glorious time for Brooks and Caceres who are able to dig deep into undead culture and psychology, telling stories of wild parties and hunting in the streets. Extinction Parade follows two female vampires – who like to hunt together – as they revele in the carnage.

It’s a book full of blood and gore. Zombies rip people apart. Vampires rip people apart. Civilisation falls apart. It’s also a book with plenty of flesh and female curves on display – and although there’s plenty of blood there’s nothing naughtier than a curve of backside or the hint of side boob. This is a graphic novel from America and Avatar Press not from liberal Europe or Japan. It’s a visual feast.

The clue is in the name. What happens if mankind does so badly against this zombie outbreak that the whole of humanity is at risk? What if this is the extinction parade.

I don’t think this can be considered a spoiler – the vampires, eventually, start to ask that question. They feed off people so what happens if there are no more people left?

It’s a great question, isn’t it? It’s certainly a reason for the vampires to get involved in the outbreak other than just treating it as a wonderful holiday.

As visually impressive Extinction Parade is and as interesting as the headline question is it is frustrated that we don’t get to an answer. I really liked this graphic novel but with each turn of the page I asked, “Yes, but what happens next?” This entire first collection simply sets up the proposition.

The silver lining is that no one can accuse Extinction Parade of peaking too soon. By the end of the first five comics we do have some sort of important moment in the history of the zombie invasion but we’re far from any sort of resolution.

At the very same time, I do wonder how Brooks can keep the tempo up. Once the penny drops for the vampires where can the story go from there? Hopefully there’s another collection on the way and we’ll find out.

Not fan of flesh and blood? Give this one a miss. Want a vampire versus zombie romp with a cast of inhuman but sexy vampires as anti-heroes? Buy this now.

This picture tour of Extinction Parade uses Google+’s Auto Awesome. It puts a filter and distortion effects on the pictures that go into the video. 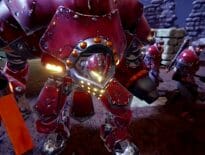 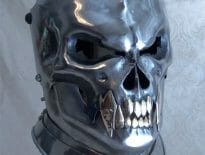