You are here: Home / Geek Stuff / Give your bum the 8-bit treatment

There was so many quirky headlines I could have written for this quirky Indiegogo project. It took willpower to avoid them; after all we’re talking about bits and underwear.

It was a tweet from @Pixel_Panties that tipped me off to this weird project. My first question; is this real?

The team are; both Sebastião Teixeira and designer Cesaria Martins. It’s Martins’ public Facebook share that provided the additional photography for the blog post. That’s a relief. Easy to imagine this was some geeky phishing trip as Indiegogo is sometimes used to collect money for never-going-to-happen projects. That concern fades when you realise that Teixeira and Martins are looking to build a company from this project. They’ve the idea and some of their oddly shaped underwear. The next step is enough cash to make an online store, build a brand and promote the product.

Now probably isn’t the time to wonder whether “8-bit” now refers to an art style suggestive of a technology era rather than a memory quote. After all; you don’t need 8-bits for black and white. The real question is whether anyone wants to give their bum the 8-bit treatment? 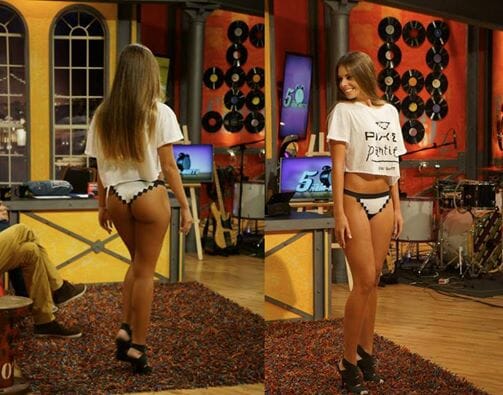 Give your bum the 8-bit treatment