You are here: Home / Games / Console / Wizards of the Coast sue Cryptozoic Wizards of the Coast have filed a law suit against Cryptozoic in an American federal court. The Hasbro subsidiary claim that Cryptozoic’s Hex: Shards of Fate digital trading card game is a clone of Magic: The Gathering – Duels of the Planeswalkers.

Wizards state that they attempted to resolve the issue before going to court but that Cryptozoic held their position.

Reviews of gamers and bloggers are coming into play here. Wizards are citing Threshold’s comparison piece;

Magic: The Gathering. For the majority of us, we’re not new to TCGs. We probably have played Magic at some point in our lives that has led us to Hex. If we haven’t, we’ve probably heard about it. These past couple of years have seen an increase in Magic players due to the success of Duels of the Planeswalker which is available for PC, XBox 360, Playstation 3, iPad, and Android tablets. This article is written to help show the similarities between Magic and Hex. It’s also here to help those that want to learn about Hex. They can do so by playing Duels of the Planeswalker while they wait for the Hex alpha to hit.

Wizards’ press release can be found on their site. A copy of their full statement is included below.

Wizards of the Coast sue Cryptozoic 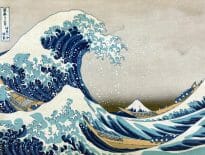 Tabletop & RPGs The Samurai Noir RPG “A World of Dew” … 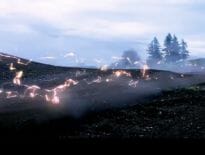