You are here: Home / Geek Stuff / Target charges $99 for console set up

The US retailer Target – which hasn’t made it to the UK or mainland Europe yet – has a service that sets up gaming consoles at people’s homes. Imagine you’ve just bought a shiny new PS 3 or Xbox 360 but, oh no, you can’t figure out how to plug it into the TV. Disaster!

Can you imagine that? Target reckons the scenario must be common enough to make it worthwhile providing the service. The cost? A mere $99.

To be fair to Target they’ll also set up PC streaming and if you’ve been evil with your router that might challenge them. A bit of an expensive prank to play on them though! 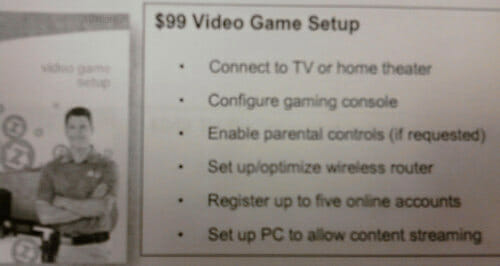 Target charges $99 for console set up