I must remember this example the next time I find myself talking about the quirks of today’s social media empowered world. Back in 2004 – wow, 6 years ago, there was a LiveJournal post (remember LiveJournal?) on account called EA Spouse.

It was a simple but heartfelt expose. EA treated their developers like shit. EA were breaking their human resources. Lives and families were being ruined. Here’s a snippet.

“The stress is taking its toll. After a certain number of hours spent working the eyes start to lose focus; after a certain number of weeks with only one day off fatigue starts to accrue and accumulate exponentially. There is a reason why there are two days in a weekend — bad things happen to one’s physical, emotional, and mental health if these days are cut short. The team is rapidly beginning to introduce as many flaws as they are removing.”

We’re seeing this call for help again over at Gamasutra where someone calling herself Rockstar Spouse has appeared. The claims a very familiar – so familiar, in fact, that I have to believe that Rockstar Spouse is well aware of the 6 year old EA Spouse post. Rockstar Spouse says;

“Initially, as work pressure in the office increases, so do the stress levels of employees. Recently, with the amount of stress that has been built up, there have been physical manifestations caused by stress making health a concern. It is known that some employees have been diagnosed with depression symptoms and at least one among them is acknowledged to have suicidal tendencies. These will not be ameliorated with a full time masseuse and will only worsen if no change to improve conditions take place and managers continue with their dishonesty of deadlines. There are understandably times when crunching in work is needed and extended working time is expected. However; as with all systems known to man, there must always be an effort for balance. Ergo, where there are times of acceleration, there are other times of deceleration in order to recuperate.”

I agree that this crazy-insane development cycle is all too common in the gaming world. Just because EA Spouse and Rockstar Spouse sound the same does not mean they’re the same people. 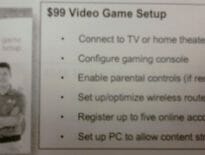