You are here: Home / Geek Stuff / Interviews / Winning tips for running Paizo’s The Daughters of Fury

Every year Paizo hold a great big competition in which GMs compete with ideas for monsters, adventures and a host of other RPG situations. This year the RPG Superstar competition was won by Victoria Jaczko. Victoria’s entry, The Daughters of Fury, is expected to be released as an adventure module by Paizo in November of this year.

Who better to get tips on running The Daughters of Fury than Victoria? The RPG Superstar competition results in all sorts of clever encounter ideas and creatures hitting the Paizo forums – a real treasure trove for gamers looking for good ideas. In this interview we talk to Victoria about her win, about the competition, The Daughters of Fury and some GM tips too.

How does it feel to win the 2014 competition?

Flabbergasting. Exciting. A little overwhelming! I’m thrilled, though. The competition was an amazing learning experience and very encouraging. I wanted to shift my freelancing career into the gaming industry and thought RPG Superstar would be a great way to get started and take some little steps forward. Obviously, it went much further than I thought!

First you had to design a Wondrous Item, then a Bestiary Entry, then an Encounter and finally pitch a module idea. Which did you find the hardest challenge and why?

They were all challenging for different reasons. The most stressful round in the short-term was the Bestiary Entry. That one was my shortest turnaround time with the sharpest learning curve, and it included a last-minute panic before the deadline where I rebuilt my entry entirely in three hours. Long-term difficulty was the module pitch. I discovered a mismatch between the idea I was selling and the setting I’d chosen, but I couldn’t really change those elements. I forged ahead and must have started and scrapped six or seven different drafts before hitting on the final idea I presented. There were a lot of late nights.

“… amp up the difficulty by including smoke inhalation rules and put the PCs on a timer to finish up before the fire eats the ceiling timbers and collapses on them.”

Yes. The Daughters of Fury is the module name and it is slated for November 2014. Otherwise, I know as much as you do!

What do you look for in a professionally published module?

It’s been a long time since I’ve looked at modules in gaming as, until Paizo stepped up, the quality of most premade adventures was lackluster at best. I want a module that fits my play style, but saves me work. That means interesting, dynamic settings, complex NPCs, varied encounters that require role-play and thought as much as sword-swinging, and, for the love of Gygax, combats that make sense. Nothing makes me put down an adventure faster than a combat that smacks of showcasing the season’s “it” monster. This ain’t Pantone.

Are there any writers, designers or illustrators in the RPG industry you’d like to work with on the module?

Working with ANY professional in the RPG industry is enough to make me fall over in happiness. I want to learn, and anyone who works with me on the module will find me a willing acolyte. That said… what hit me first (after recovering from the shock) after winning was giddy glee at the prospect of the Daughters of Fury being illustrated by the excellent artists behind Pathfinder. I’ve always adored Pathfinder’s artwork and I’m really looking forward to seeing what is put into the module.

What three tips would you give to GMs looking to run the encounter you submitted for round 3?

What would your top three tips for Pathfinder GMs in general be?

“Oh, and one more thing: If your players ever ask you if they’ve derailed your story yet, always say yes, and act up a little despair — even if they’re doing everything according to plan.”

Oh, and one more thing: If your players ever ask you if they’ve derailed your story yet, always say yes, and act up a little despair — even if they’re doing everything according to plan.

If a gaming group wanted to steer their Pathfinder adventures in a dark fantasy or even horror direction what would your advice be?

Maintaining a grim tone around the gaming table is tough. Most gamer groups trend toward Family Guy quotes and mocking NPCs out-of-character (or at least mine do) so establishing the right mood is tricky.

And that’s what a darker or horrific game hinges on: Mood and atmosphere. I could go on about this at length, but here I’ll just offer the easiest ways to inject a little dread into a game. Make use of incongruities and the unknown. Establish a pattern of something that is weird or just not quite right. Don’t make it the focus, but have it pop up again and again. PCs hate not knowing something, and it will drive them mad to see a pattern that appears to mean nothing. Use a light hand to avoid frustration, and you can inspire dread with very simple additions.

A game my best friend ran had a reoccurring pattern of this click-click-click noise that we’d hear at night sometimes, right before something attacked us. After the first time, he didn’t even say we heard the clicking — he just tapped his nails on the under side of the table and the watchers would swear and kick the rest of us awake. The game didn’t finish, we never found out what it was, and he’s never told me. Eight years and countless games later, I don’t remember what that game was about, but I remember that clicking in the dark.

A few other ideas:

The best part? You don’t actually have to know what these signs mean! You can keep them unknowable, or cleverly work them into your story down the road. They will not, in themselves, create a horror game — but they will take your PCs out of their comfort zone and inject the game with a darker thread.

I hope that helps! If anyone has any questions, they are welcome to look me up on Facebook, Twitter or Google+. Thank you very much for featuring me. After being in silent mode throughout the contest to keep from disqualifying myself, it’s been nice to get to open up and chatter about it. It’s great to spread the word about Paizo’s contest and about the module, too; may it be only the first of good things to come!

Winning tips for running Paizo’s The Daughters of Fury 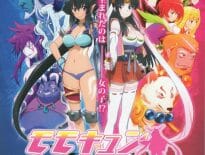 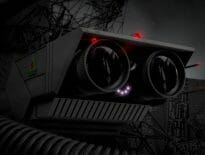