You’re a roleplayer with a healthy interest in anime. Or you’re an anime fan tempted by roleplaying. In either scenario there’s a wide range of anime titles to pick from. It’s a challenge.

In the anime slice of Irregular Reconnaissance a gaming anime fan walks through his most recent watching. It’s a catch-up. It’s a collection of micro-reviews designed to help you make your own choices.

Why is it called Irregular Reconnaissance? There’s no schedule and we’re just taking a look. Any recommendations of your own? Please leave them in the comments below. 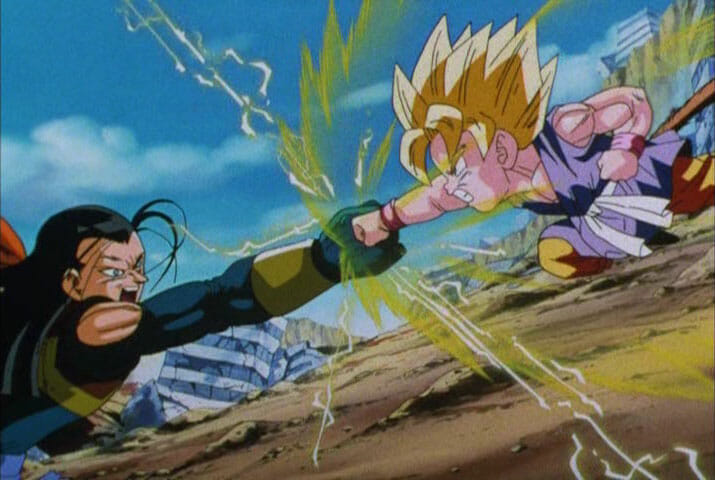 There’s something about Dragon Ball GT that makes it feel different from the other Dragon Balls. It is, of course, younger but I think the main difference is that you know this is the last one. Just how high power will they go?

We already know Android 17 – but Super Android 17? Quite a challenge. Dragon Ball GT, just like the others, is an anime I prefer to have on while I eat or am pottering around the flat. You can follow the plot with ease and it provides all sorts of battle-centric eye candy.

Where: Crunchyroll | Amazon
Status: Don’t start here. If you like Dragon Ball then watch this to complete your knowledge. This is the start of season 6 for Fairy Tail. We’ve guilds of wizards battling out in a plot that weaves personal backstory in with epic powers. It’s a formula that works well.

As season 6 rolls to live the collation of Light Guilds are battling to stop the threat that is Nirvana. There’s a full post review of Fairy Tail part 5 to explain the first half of this plot arc and provide more pictures. 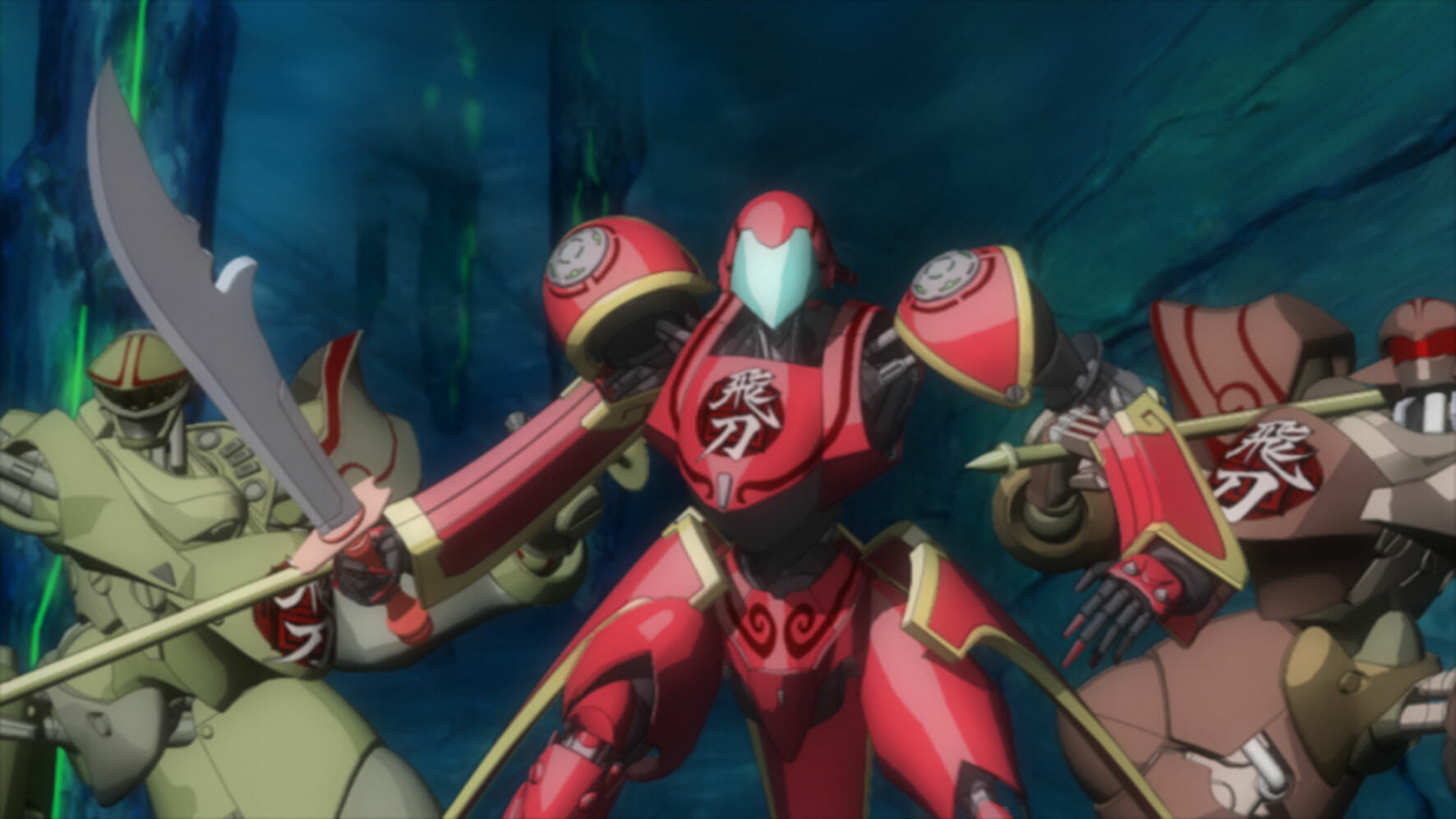 An OVA based on the 2D action shooter in which people enter the network (the Wired), can live peacefully or fight in virtual suits called Simulacrums. You don’t need any knowledge of the games to watch the short series but it’s based on Baldr Force EXE Resolution.

Toro Soma of the hacker group Steppenwolf gets caught in tragic circumstances and finds himself working for the security force FLAK. Terrorists are threatening the network and killing people as they go. Soma, though, may only have joined FLAK to catch the soldier who killed his friend.

Baldr Force EXE gets an 18 rating in the UK. This will likely be for the exploding heads that splatter the screen in the first few moments of action and a pseudo-sexual encounter in the Wired. Despite the 18 rating Baldr Force EXE manages to be entirely non-descript, though. There’s only a few episodes so maybe it’ll pick up.

The Tower of Druaga (The Aegis of Uruk) This is a strange one. The entire first episode is a… urm, comedy outtake? I think that’s the best way to describe it. What a gamble to take.

I started to watch the first in the Tower of Druaga series – The Aegis of Uruk – because game animes (Sword Art Online and Log Horizon) have my attention right now. Tower of Druaga doesn’t say that the characters are in a game but it is based on the arcade game, in-between episodes mini-scenes are presented in an 8-bit style and throughout the anime game references pop up. Sometimes the characters find themselves in an arcade game.

The comedy fades out as the episodes continue. The Tower of Druaga is a huge monster filled tower in which adventurers (known as Climbers) raid for loot. The anime starts as a special season starts in the tower and there’s a chance to get the top and kill the evil god Druaga. This has happened only once before, in an earlier and smaller tower, which was conquered by the hero Gilgamesh – who know rules the land around the new tower.

Where: Crunchyroll | Amazon
Status: Shaky start; getting better. Recommend a more modern anime over this one. 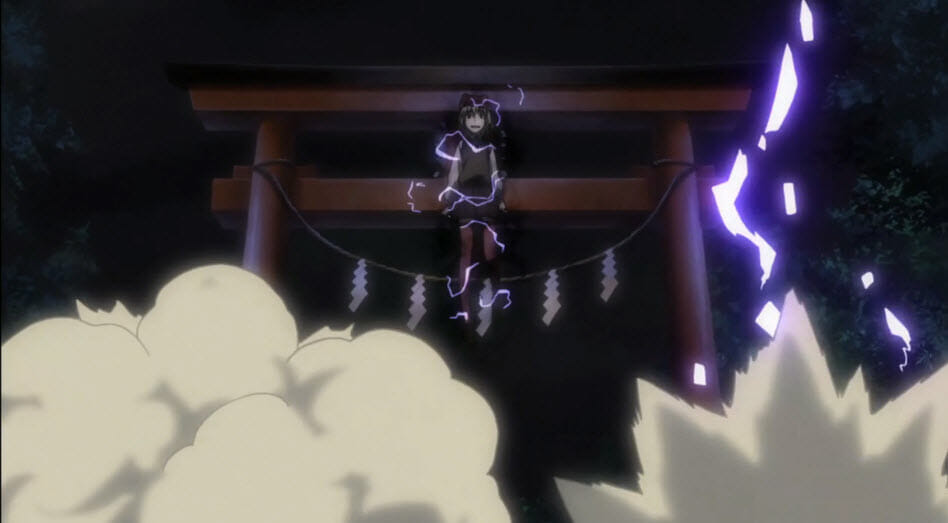 I watched one more episode of Campione because that’s all that was left to complete the series on Crunchyroll. Our god-slayer helps battle one more god, bring some sort of balance to his harem of helpers and save the world for now.

I don’t really see what the hype was about. It’s a passable action anime but the encounters got a little bit repetitive because of the power dial our hero uses to summon up his energies. Even the harem of knights and temple girls was a little odd as it was so dominated by a single knight. I suspect Campione would have been much better if it had dialled the girl action up or down; any direction would do, just something to escape the current unsatisfactory status quo.

Where: Crunchyroll | Amazon
Status: Passable. Doesn’t live up to the hype. 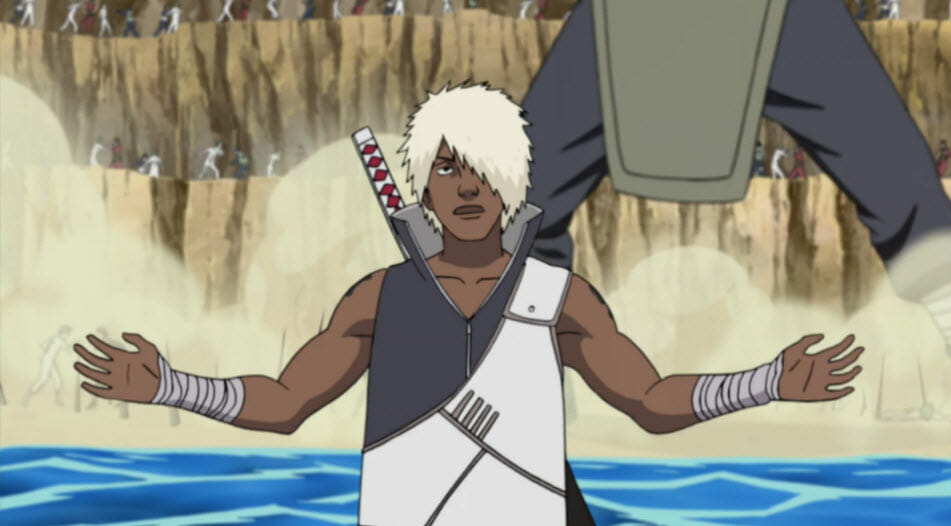 I had some time to watch some anime and had to force myself to catch up with Naruto. I don’t know why that was – the series really had started to come good. Sure enough, as I watched just a few more episodes it call came flooding back to me. Things were escalating to dramatic heights.

The catch? I’m not sure Naruto is anywhere near the best of the action. In plot terms – he isn’t. He’s off training while real battles take place elsewhere. Is the anime better for that? I have to wonder whether it might be. Naruto Shippuden kills characters. Your favourite ninja may not be safe in these epic struggles.

Combine that real fear for the lives of some favourites with ninja type super-power battles and tactics and it is easy to sink hours of watching into the show. Will it still be this hot by episode 300?

Where: Crunchyroll | Amazon
Status: Good. It may take a literal 100 episodes to start firing on all cylinders but Naruto is red hot this far in to the long running series.

The anime discussed in this column include those bought as discs, streamed legally or provided for review.