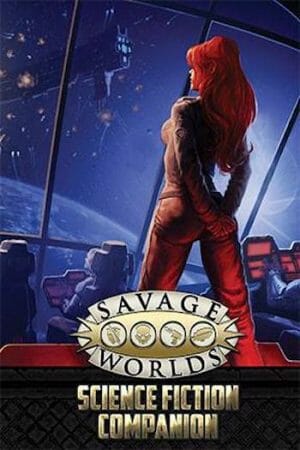 Pinnacle Entertainment Group have released a double header of Savage Worlds titles with the Science Fiction Companion and the second edition of the Super Powers Companion. Both books use the new “graphic novel” format PEG have introduced.

The Savage Worlds Science Fiction Companion is available for PDF purchase already and for preorder for paper. This includes a limited edition hardback bundle. Written by Shane Lacy Hensley, the creator Savage Worlds itself, the companion has refined species rules, sample races and new Hindrances, Edges and gear.

Not all of the material in the Science Fiction Companion is new. Science Fiction Gear, Bestiary and the World Builder Toolkits contribute to the book. There are also 30 pages dedicated to ready-made foes for GMs to use and PEG have named the creatures for what they do – names like “spit skunk” and “decapitator” – with the intent that GMs rename the aliens to suit their own setting.

The Super Powers Companion is also available in PDF for purchase and preorders open for paper and PDF bundles.

The second edition of Super Powers has been upgraded to Savage Worlds Delux and offers new Edges, Hindrances, powers as well as gear. 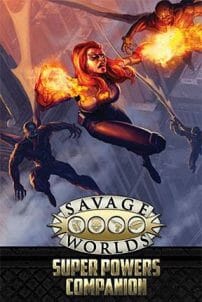 Pinnacle see the two books as being good matches for one another. Hensley said;

With the constant growth of Savage Worlds and the depth of the Science Fiction Companion and the new Super Powers Companion, we wanted to make sure everything really worked together. We want our Game Masters to be able to put together a Green Lantern Corp™ kind of supers campaign where heroes battle villains in power armor or in giant walkers. Or a scifi campaign where the aliens or even the player characters have amazing super hero-like abilities. We also wanted to make sure you could handle everything from customizing your ship for a Firefly™ type narrative game to massive dogfights between capital ships or even space leviathans. It all fits together better than ever and should allow our Game Masters to create their dream settings.

Pinnacle have also revealed that third party publishers are working on settings for the new material and have confirmed that their own forthcoming setting, The Last Parsec, will require the Science Fiction Companion. 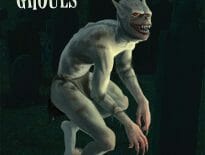 Tabletop & RPGs A Long Line of Body Snatchers: A Review of Hideous… 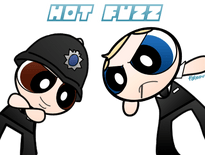