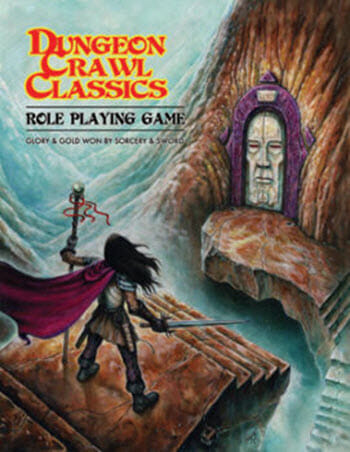 It’s a brand new year. As D&D turns 40 this year perhaps you’re in the mood for a new game… that is also a classic game?

There’s some good news for you this week as DriveThruRPG are running a 50% sale in the theme of “New Year, New Game”. In the sale is Goodman Games’ popular Dungeon Crawl Classics.

Could Dungeon Crawl Classics be a RPG for you? Tempted? Joseph Goodman has kindly agreed to step forward to answer some questions. In this post you’ll find some of the DCC modules – including for some upcoming books – and a photograph of an early playtest of DCC RPG at DunDraCon 2011.

How would you describe Dungeon Crawl Classics to veteran gamers?

DCC RPG is an old-school game that uses modern mechanics. I’m sure you’ve heard of Appendix N, the list of books that Gary Gygax credits with being his primary inspirations for D&D. To write DCC RPG, I went back to these original sources. I re-read the books of Appendix N, and tried to answer the question: “How would you create an RPG that expresses all the fun and excitement of Appendix N – but using game design principles from 2012 instead of 1974?” The answer is DCC RPG: it feels like yesterday but plays like today. It is not a retro-clone, it is not 1E compatible, and it is not a d20 game. It’s in a class of its own.

How would you describe the game to people and groups new to the hobby?

DCC RPG is a fun, fast game. You’ll laugh a lot, smile a lot, and have a good time as you send your adventurers in to face danger and excitement. It takes about 5 minutes to roll up a character so you can get started fast, and I think you’ll enjoy it.

Why is Dungeon Crawl Classics a good choice for a “New Yew, New Game” buy?

DCC RPG has been available for less than two years, and is already in its third printing. Many thousands of gamers have purchased this game and loved it. My #1 form of marketing is simply getting gamers to sit down and play the game. Everyone who takes the time to play it wants to buy a copy. If you take the time to play this game, you’ll have a lot of fun gaming in 2014.

Do you have a favourite critical fumble you’ve seen in play in a game of Dungeon Crawl Classics?

Ha! Great question. The best critical fumble is the one that doesn’t happen to you!

What do you understand “OSR” to be about and do you count Dungeon Crawl Classics as OSR?

The first Dungeon Crawl Classics adventure module was published in 2003, long before the Old School Renaissance (OSR) had begun. I think it’s safe to say that Dungeon Crawl Classics represents some of the earliest interest in old-school D&D variants, and has evolved to a place that’s both within and outside the OSR: DCC RPG is not just about re-living D&D’s glory days, but about re-envisioning what they could have been. It’s a game that will be of interest to anyone who identifies themselves as part of the OSR, but also of interest to many outside the OSR.

Which music, if any, would you recommend groups consider for background to Dungeon Crawl Classic games or for appropriate inspiration?

Great question. Doug Kovacs, the cover artist and cartographer for the DCC RPG line, actually made me a 3-CD mix which I listened to while writing much of DCC RPG. Everyone’s music tastes vary but there is one clear answer to the best music for DCC RPG: whatever music you loved when you first fell in love with D&D. That is what DCC RPG is all about. For me, that happens to be a lot of 1970’s music.

Are there any supplements or accessories you would recommend for gamers who want more of the game?

Adventure modules! Goodman Games publishes many for DCC RPG, and there are third party publishers who also support the game. DCC RPG is not a game of sourcebooks and supplements. There is one core rulebook, and only that one rulebook. Beyond that, the content is focused on adventure modules – so you can have fun playing the game! Our modules are short, stand-alone, and designed to be played in 1-3 sessions. They’re easy to drop into any gaming group, especially if you don’t have a lot of spare time. We recommend you play, play, play, and we offer adventures to help make that happen.

Are there any plans for new content for Dungeon Crawl Classics in 2014?

We have big plans for 2014. There will be many more adventure modules, of course, including some that will take Dungeon Crawl Classics to new places – like other planets and other planes. We’ve had many requests for dice, judge’s screens, and of course the Annual that I discussed early on in the game’s development. Let me just say that I’d love to fulfill these fan request in 2014. Happy new year! 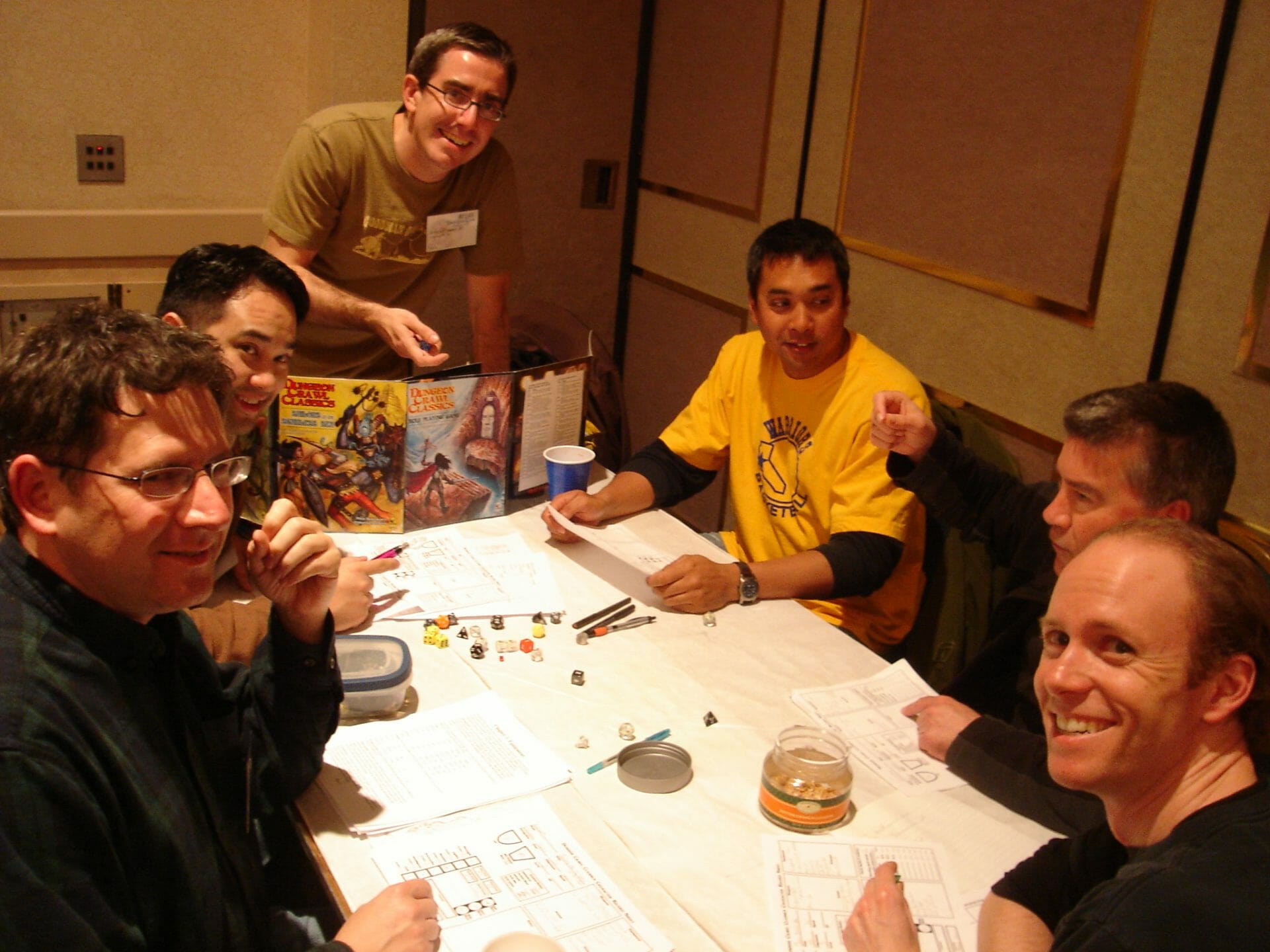 Have had a blast doing the funnels as both a player and DM. Lots of memorable deaths and creative attempts at heroic deeds. Plus, my players have to get up and ring a bell when their villager falls. Makes dying more fun and embarrassing.

This is my favorite versions of D&D ever. 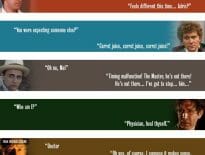 TV Doctor Who: The first and last lines of each Docto… 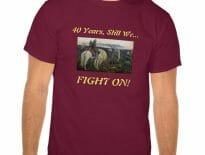