You are here: Home / Games / Tabletop & RPGs / The Crios RPG 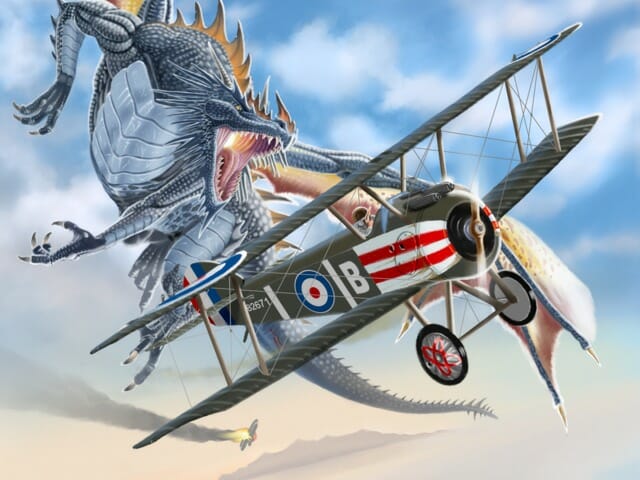 Crios is a Kickstarter pitch from Battlefield Press. At the time of posting they’ve raised $1,500+, asking for $3,000 and have about a week to do it.

The pitch is pretty good; a mashup of fantasy and World War I action using the Renaissance Deluxe roleplaying game. I suspect they may be suffering due to the lack of a pitch video and the festive time of year. We’re all broke, right?

The war in Crios is kicked off as a chain of treaties are involed – exactly like the Great War. In this setting the King of the Dwarven nation of Tharos dies without an heir. The neighbouring Goblin nation of Qual takes this as an opportunity to grab some land.

Magic in Crios has been on the wane ever since the “gods war”. As magic became less stable there was greater need for technology and the setting has had their own industrial revolution.

At $20 you get a PDF copy of the book. There are still some early bird options that get you the print edition for just a little more.

Movies How to Train Your Dragon 2 trailer shows new drago…
💰 Copper Coins 💰 Geek Native is an affiliate and may earn commission on purchases you make from third-party sites.
🍪 Privacy & Cookies 🍪 The site uses cookies to survive. By accessing the site, you agree to use your browser to control cookie use or take 1d4-3 privacy damage (tracking). If you defeat cookies via ad blocking, please consider the Patreon. An intro to cookies, and how to control them, can be found here. I Manage Cookies