Sometimes there are RPG projects that just smoothly slide through the system from conception, through to creation, production and sales. Green Ronin’s Emerald City sourcebook for Mutants & Masterminds is not such a book. It’s had problems.

In a blog post that describes the supplement as “long-awaited” Green Ronin boss Chris Pramas offers up $10 coupons by way of an apology to anyone who’s pre-ordered the book.

The problem this time? Not more delays but a price hike of $16,000 for Green Ronin to maintain their slipcase upgrade for the book. That was offered once but the publisher isn’t able to absorb the extra costs (caused by the delays and printer prices moving) so the sourcebook will revert to the originally planned hardback format.

Green Ronin seem pretty upset by this. We’re reassured that the poster map will be glued to the back of the book but that the glue will be easily removed.

Perhaps the RPG publisher is worried how fans will feel and perhaps some will be disappointed. I have sympathy for everyone involved but from my point of view a hardback is far preferable to a slipcase. There’s a silver lining here and it’s not the $10 credit. The store credit is extra nice because it feels above and beyond. Green Ronin could easily have cited a “subject to change” clause on their pre-orders. 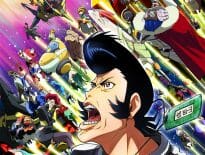