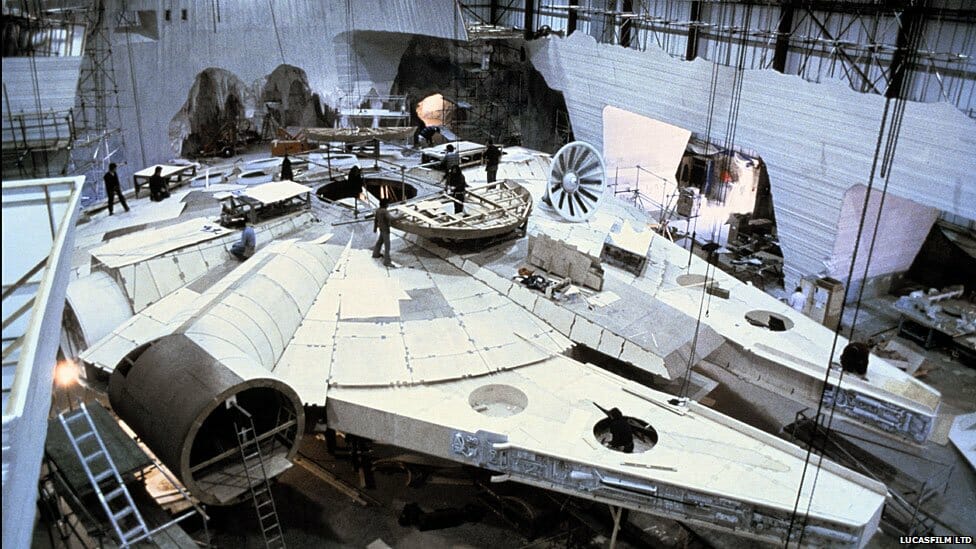 “A full-scale 1:1 Millennium Falcon has been built as well as the interiors of the ship for filming,”

“The Falcon is done – inside and out. The sets were built off-site, ready to move when Lucasfilm/Bad Robot were ready to move into Pinewood.”

This quote comes from a Yahoo report on a rumour that the Millennium Falcon has already been built for Episode VII of Star Wars.

The rumour hasn’t been confirmed by either DIsney or Lucasfilm, it wouldn’t be a rumour if it had been, but this is a whisper that had been doing the rounds for a while. We know that J.J. Abrams wants to mix old with new and this spaceship would be a perfect way to do that.

ppppffffttttt forget the movie i want one of my own.

PC Is this the ultimate GM kit bag? Chester!