You are here: Home / Games / PC / The Heroes of the Storm trailers

Heroes of the Storm is a multiplayer online battle arena from Blizzard. It combines elements of Warcraft, Diablo and StarCraft, will be free to play but supported by transactions in the game. If you want battles like Raynor vs Kerrigan, this is the game for you. Until a falling out with Valve the game was to be known as Blizzard DOTA. There’s no release date yet.

The game supports a number of battle grounds, each with a secret, like Blackheart’s Bay complete with a ghost pirate ship and tresure chests that spawn now and then. There’s the Cursed Hollow battleground, ruled by the Raven Lord, that spawns tribute totems that may persuade hom to curse the opposing team.

The video above in the cinematic intro. The video below is gameplay.

The Heroes of the Storm trailers 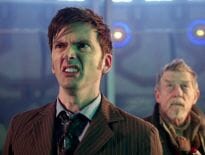 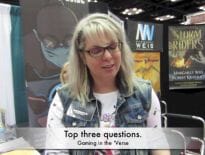