You are here: Home / Books / Comics / Which were the best selling horror comics this year?

Last week we asked “Who scares the best” and investigated DriveThru Fiction’s best selling horror stories. We found out that gamers tended to go for anthologies and White Wolf did well. Gamers don’t just read books; they read comics too. There’s DriveThru Comic’s best sellers from Halloween 2012 up until the start of this month still to investigate.

These are the best sellers but does that make them the best? If you know of a horror comic book or graphic novel that didn’t make the list this year, let us know in the comments below and tell us why it should sell better. Read any of the below? Leave a rating with the star system.

Top Cow’s story of a mafia hitman, Jackie Estacado, who is given powers of darkness and demons on his 21st birthday. The Darkness was created by Marc Silvestri, Garth Ennis and David Wohl and fits straight into the world of The Witchblade.

[Check this title out]

Graphic novel of the year back in 2011, as crowned by Ain’t It Cool News, this is story of horror and fantasy. A Frankenstein’s Monster style hero searches for his one true love over the centuries. Written by Michael Easton and drawn by Christopher Shy, Soul Stealer: Collector’s Edition has over 500 full-colour pages.

While volume 1 enjoys the top spot, volume 2 of the Darkness Compendium comes in at position number 3. Top Cow’s story has the Darkness as one of the two primal forces of the Universe, the opposite of the Angelus and parent of the Witchblade. The Darkness, the host, can create anything he wants out of darkness; including actual creatures.

This Vampire the Masquerade title doesn’t come to us directly from White Wolf Publishing bu via Moonstone. They’ve clearly done a good job as they’ve secured a top 5 slot. Blood & Loyalty is a collection that contains Theo Bell: A Night in the life of Theo Bell, Beckett: Nights Remembered, Calebros: Face Your Fears, Lucita: Girl’s Night Out and Isabel: The Road Back.

Christopher Shy wrote and drew this best seller. Set in the distant future and while war consumes world after world, Man to Leaves follows three very different people; Mnieshi the terrorist leader of the synthetic humans, Kai the last of his race and Sasha the woman who once betrayed Kai and is struggling to save him now.

Written by Ron Marz and published by DLB3, Death Was Silent is based off the weird west RPG from Pinnacle Entertainment. In this issue we follow a silent bounty hunter turning up in a town filled with secrets.

Witchblade is a hugely popular franchise with anime and TV shows. NYPD Detective Sara Pezzini wears the blade and is flung into the world of the supernatural. This volume is written by co-creator David Wohl and Christina Z.

Moonstone score another success with a World of Darkness title. Fang & Claw contains three stories from the thirteen tribes; Black Furies, Bone Gnawers and the Children of Gaia.

The second volume of Fang & Claw has three more tribal stories from the Garou; the Fianna, Get of Fenris and the Glass Walkers. Written by Joe Gentile and with Steve Ellis, Fernando Blanco, Eddy Newell and Dr Revolt as artists.

The North End of the World features as another Christopher Shy comic book in the top ten. Written by David Hunsaker and with Shy as illustrator, the story follows Edward S. Curtis who sets out to photograph native people in North America and ends up encountering all sorts of horror on the way.

Darkness Compendium is a great movie. I suggest everyone to see this movie.

Hi, Thanks for sharing great horror comics. I like Witchblade Origins most.

Which were the best selling horror comics this year? 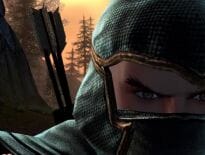 PC Shadowmantle is the second free expansion to Never… 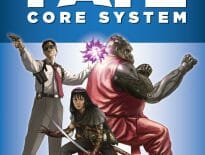