You are here: Home / Books / A review of Elysium: The Art of the Film 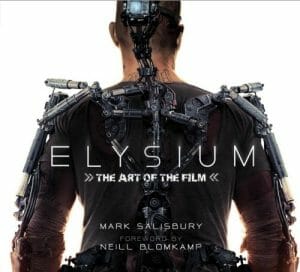 Elysium: The Art of the Film is a glossy hardback from Titan Publishing and Sony Pictures. The book has a forward by writer/director Neil Blomkamp and then Mark Salisbury takes over.

The movie is set in the future, in 2154, when two classes of people exist; the very wealthy who live a life of perfection on Elysium and everyone else who fight to survive on a ruined Earth.

The film stars Matt Damon as Max, a man who must get to Elysium, who finds battling to save millions of lives. Jodi Foster stars as the Secretary Delacourt, the woman in charge of Elysium’s defences.

The book includes designs from Weta Workshop (who worked on District 9). There’s material from the famous futurist Syd Mead too.

This is a big shiny book. It’ll standout in any bookcase and sit happily on the coffee table. When I see books like these I tend to make the assumption that they’re best given as a gift. I should be careful of assumptions though. Titan Books have a similar showcase piece for Pacific Rim in “Man, Machine & Monsters” and it occurred to me with that book it would be your research source/setting book if you wanted to create a Pacific Rim RPG. I think the same is true for Elysium: The Art of the Film, don’t be misled by the word “art” in the title, this is a source book.

It’s hard to give such a visual book a fair review just by using words and not appropriate to give away too many pictures from it. Instead, I’ve put together a little HTC Zoe tour of the book (that filters the video and adds a soundtrack).

Disclaimer: My copy of the book was provided for review. Elysium: The Art of the Film, £29.99, Titan Books, Mark Salisbury.

A review of Elysium: The Art of the Film 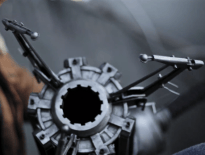 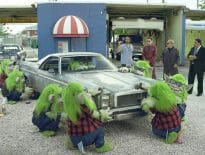