You are here: Home / Games / Tabletop & RPGs / Frozen Skies is a Savage Worlds Dieselpunk RPG worth looking at

Fed up of Kickstarter? Noticed how the production value for Kickstarter pitches just keep on rising? Do you ever suspect that we’re getting Kickstarters for books that would happen anyway?

It’s all good. Kickstarter is a boon to the tabletop RPG industry. That said; wouldn’t it be great if we could spot a Kickstarter for an unassuming talent, someone who’s on a shoestring of a budget, a video without all the fanfare and a project that actually needs to be Kickstarted? For something straight from the grassroots why not check out Utherwald Press’s pitch for the Savage Worlds game Frozen Skies.

I’m backing this and I’ll tell you why; this is a proper Kickstarter privilege. Either the game will Kickstart in which case I HELPED and made it possible or it’ll fall off a cliff and I’ll have lost nothing.

I like the Dieselpunk concept. It’s a sub-genre of steampunk, a little more modern and rather more appropraite, I think for the “wrong side of the tracks” characters that Hughes mentions in the video. I like that he calls out Dark City, BioShock and The Legend of Korra as examples of dieselpunk. That makes the game easier to pitch to your players, right?

Tempted to back? Back. Tempted to promote grassroots RPG action? Share this with your friends.

Frozen Skies is a Savage Worlds Dieselpunk RPG worth looking at 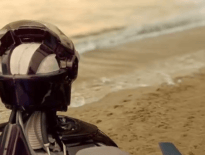 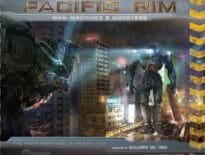