The deal signed with The Powell Group gives the consultancy the greenlight to work on games, mobile and console, for IDW’s titles. The Group acts as the expert negotiators in plans for any game and will bring games developers and IDW Publishing to the table. Another way to look at this news is that IDW wants to get some games out of it’s IP and has brought on The Powell Group to make it happen.

We won’t be seeing any new Dungeons & Dragons, Magic: The Gathering, Transformers or similar games though. Those may be comic books that IDW print but the rights are owned by others and in the case of the three I just mentioned they all happen to be Hasbro products. Instead The Powell Group will be working with IDW’s original comics as that’s the IP the publisher can license for games.

Geek Native reached out to ask which comic books would be enjoying The Powell Group treatment first. Very kindly, founder Jay Powell answered for us;

That is a really good question, we have just started this search ourselves and I can’t wait to see what the answer is either!

Which of IDW’s titles would you like to see as a computer game, a mobile game or both? 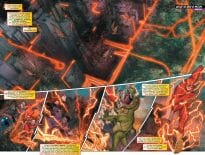 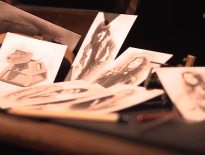