You are here: Home / Books / Comics / Superhero Week: A host of free comics

Superhero Week is a great time to try a new comic book. If that’s not enough of a reason then lets dig up some risk safe recommendations – a bunch of entirely free comics!

First up there’s Top Cow who have issues of Cyberforce, Aphrodite, Sunset, Witchblade, Artifacts and Darkness that you can download for free.

At the time of this post going live the following comic books are also entirely free. Grab as many as you can and use the thumb widget for a quick review. Be quick as some of these comics are only free for a short while.

Greek mythology has documented the nine Muses, the inspirational daughters of the almighty Zeus. But history forgot one – the Tenth Muse.

After commanding the Titans in their war against the Olympians, Atlas was forced to hold up the heavens on his shoulders. His life was a tragic story of a lone God fighting boredom on Mount Olympus.

Adjusting to modern day life is one thing. Fighting the female assassin Silencer is another. Worse, one of Judo Girl’s (Diana Moore) most dangerous adversaries from the 1960s resurfaces to complicate her life, Lincoln Stanley, aka Hep Cat. Has he really reformed, as he claims, or is he back to his old tricks?

Who watches the watchmen’s psychoses? It’s Dr. Blink, psychologist to the superheroes, of course!

Travel to dangerous, distant parts of the universe… and run into nearer threats just down the road a ways. Meet Villains – naturally – and some heroes, too.

In one terrible moment, the life of a young girl called Telepath comes undone. Awakening alone, she must now navigate between those looking to stop her from pursuing the heroic future her parents had dreamed of and those looking to recruit her for their own ends. But how can one girl, no matter how powerful, make a difference in this new world? 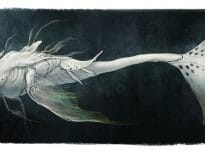 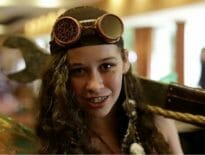