You are here: Home / Games / Tabletop & RPGs / Is D&D Next bringing back Planescape and Spelljammer?

Yesterday Mike Mearls posted some information on how D&D Next, that’s Dungeons & Dragons 5, will cope with its Many Worlds.

The designers wanted to maintain as much “story compatibility” as possible so you can convert an existing campaign over to D&D Next. For example, they’ve divided elemental planes into three rings so you can have azer, those fiery dwarves, living in basalt towers and still have realms of fire associated with the plane.

The discussion goes on to explain how both Planescape and Spelljammer will then fit in. Mearls talks about the return of key aspects of those settings.

That means the return of the Great Wheel, the Blood War, and other classic elements of the D&D cosmos. The same process for the inner planes applies to the outer planes, with our intent to add elements to the cosmos to increase storytelling opportunities and make the Wheel as flexible as possible for different settings and different DMs.

As for Spelljammer the designer suggests that the ability to fly around and visit D&D settings might not have been its selling point but that its space setting was. He also talks about plans for it.

Not everyone wants the equivalent of spaceships in their campaign, so I think that when we talk about Spelljammer as it relates to other settings, we’re going to focus on it as its own setting and downplay its role as the connecting tether between various D&D Next worlds.

Does this mean that Spelljammer and Planescape are coming back to Dungeons and Dragons?

It certainly looks like it. The article may have started talking off about ensuring backwards capability but the language towards the end is very much about future projects.

That said; this feels like a strange way to break the news. This should be big news. This is headline grabbing stuff. Spelljammer and Planescape have loyal fan bases. Onyx Path’s /u/VonAether said on Reddit

Damnit. I skipped out on 4e entirely and had resigned myself to not caring about D&D Next.
But more Planescape…. sigh
FINE, WotC. FINE.

What do you think? Take a gander at the piece and let us know whether you think this is the signal that some iconic D&D settings will return.

Is D&D Next bringing back Planescape and Spelljammer?

In small words: No.

D&D Next isn’t even bringing back D&D

“we’re going to focus on it as its own setting and downplay its role as
the connecting tether between various D&D Next worlds.”
Well, that’s quite lame.
Whose dumb idea was that?
The GOOD thing about both Planescape and Spelljammer was that it gave us two ways to connect all the D&D worlds into one big cosmology.
And if somebody is too picky to even have a crashed “magical spaceship” in a crater somewhere on their world… whatever, we have an alternative way of travelling to that world, Planescape’s portals.

Is D&D Next bringing back Planescape and Spelljammer? 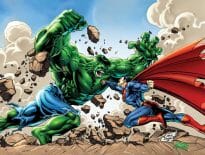 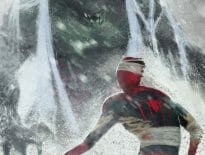