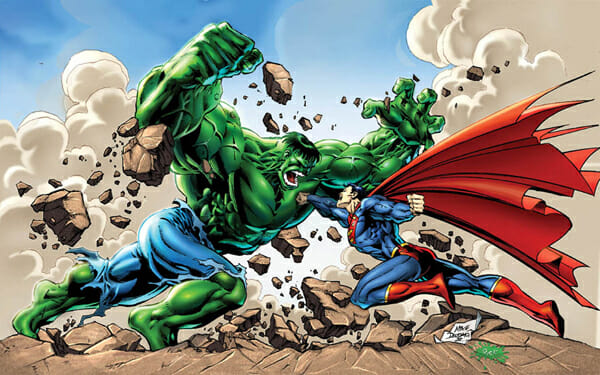 If you asked 1,000 members of the British public some superhero and comic book questions how would they do? We’re not asking them to get superhero trivia right; we’re asking non-geeks about their favourite superheroes, villains, gadgets and movies.

This is exactly what the games team at Ladbrokes did. It’s PR fuel for them. It’s factoids for us.

When asked; “If you had to choose, would you pick Marvel or DC comics” more than twice as many went for Marvel. In fact, more people voted for a third option of neither, preferring another publisher or none at all to DC!

Remember; these are 1,000 British punters, not geeks and so expect some quirky results. The same people were asked which superhero they’d like to date. DC heroes like Batman, Superman and Wonder Woman did very well. 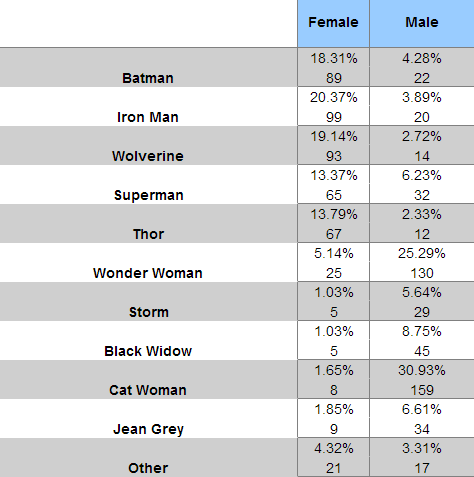 Movie studios may sit up in alarm as when asked “With Antman around the corner, which superhero should hit the big screen next?” it was Wonder Woman who came out with a clear lead and The Flash in second place. 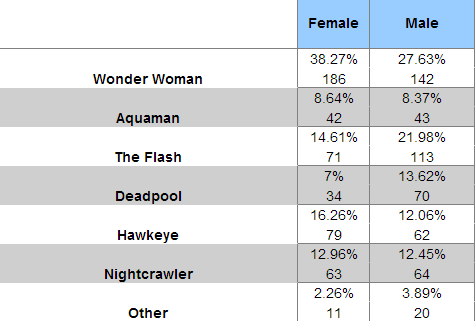 I know. They’re both DC characters.

Just to remind us that Ladbrokes was dealing with public selecting by a polling company we can look at the question “Through which medium do you prefer to get your superhero fix?”. Comic books just beat off cartoons. 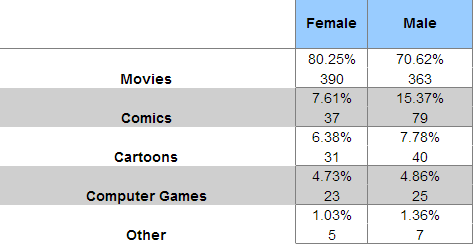 DC and Marvel dominated the movie charts. Sure, Watchmen and Kick-Ass scored but not well. Here’s how the public voted for their favourite superhero movie. 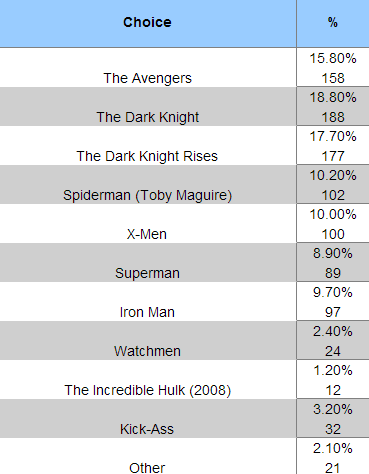 Another quirky stat comes from the question, “Excluding Superman, who is the toughest superhero?” at seems the female vote didn’t want to recognise the Hulk and his rage. 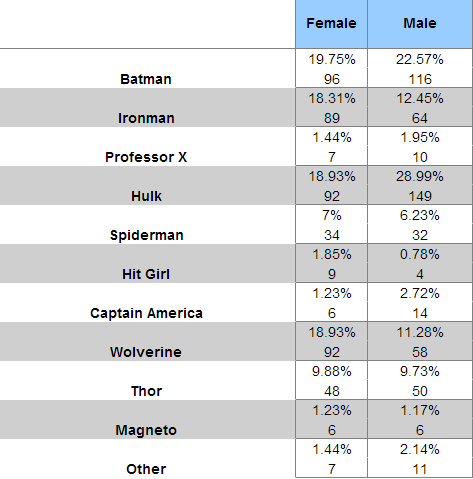 Rather nicely I noticed at least two people and forwarded “Danger Mouse” as the toughest superhero of them all.

Are you surprised by any of these results? Or just what you would expect from a random sample of the public? 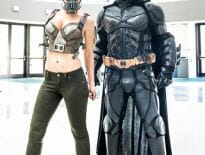 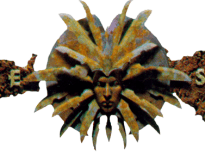