Okay, you know you’re reading a RPG post when the title is “Newly formed Sasquatch to deliver Primeval Thule”.

Let’s break it down! The Sasquatch in question is Sasquatch Game Studio. This is the studio that’s been formed by veterans Richard Baker, David Noonan and Stephen Schubert joining together for a “dream team”.

Their first product is the campaign setting called Primeval Thule which will be compatible with both Pathfinder and Dungeons & Dragoons. The setting has come about due to the trio’s love of the sort of pulp adventure story made famous by Robert E. Howard, H.P. Lovecraft and Clark Ashton Smith.

“Modern fantasy draws from two great inspirations: epics such as Lord of the Rings, and the adventure stories of characters such as Conan, Tarzan, or John Carter,”

“We feel that there aren’t many game settings around that capture the action, savagery, and barbaric splendor of the sword-and-sandals tradition. That’s the experience we want to deliver with our Primeval Thule setting.”

The Sasquatch team are already hitting the convention circuit and are expected at PaizoCon, Gen Con and PAX Prime. Between them they’ve more than 200 game books to their credit and nearly 50 years experience as professionals in the industry.

Their website is emergent but may become a useful resource for fans. 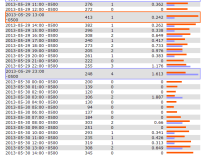 Sites Running a competition ad on /r/rpg. Is it worth it… 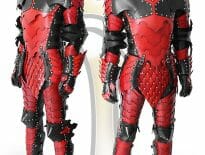