You are here: Home / Geek Stuff / Sites / Running a competition ad on /r/rpg. Is it worth it?

This week Geek Native is running a fantastic competition in which you can win a pretty awesome dice bag.

The catch? You’ve got to be in the US or Canada and you need to use Twitter to enter. Why? Shipping and because the goal of the competition is to promote an etsy store who have been nice and friendly to the blog.

The challenge? Boy is it hard to get North American roleplayers to tweet to win.

As a result $60 was spent on an ad on the roleplaying games community /r/rpg/ to promote the competition. I do take part in the community and could have “self submitted” the post as a free one but felt it was a bit too promotional for that.

The title of the competition was “Dice Bag! A competition inspired by Zoidberg, Cthulhu and a Beholder” and here are the stats. The ad was seen 10,239 times over two days and that means the CPM was $5.86. That’s not terrible; you can easily pay more for premium real estate, however I’m pretty sure Gamerati would perform better than that even if I doubt I could start a campaign for just $60.

That doesn’t mean Reddit’s self-serve platform is great value for a small investment. I could have got a better CPM at Project Wonderful and with all sorts of ad placements on RPG-ish and plenty of web comic sites.

The CPM is actually a bit misleading as a metric. For me, it’s the traffic those impressions drew and the number of those gamers who entered the competition that mattered. I found these stats to be disappointing. I got 54 clicks for my $60. That’s easy math; about $1 per click.

What’s worse – the ad didn’t generate nearly as much interest in the competition as I would have hoped. Of course, much of this comes down to my design of the blog post. Perhaps it’s too cluttered. Perhaps the /r/rpg/ community exists because they don’t hang around on Twitter and were the wrong audience. I suspect a bit of both.

I did find the hourly breakdown of activity interesting. It’s insight into good times to post to /r/rpg/ when there might be lots of people be around. 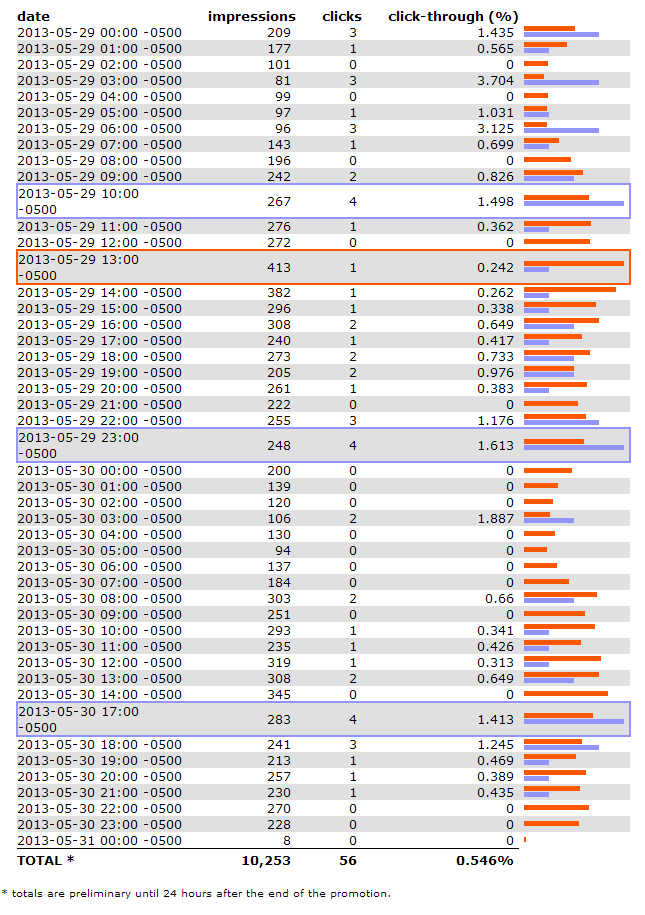 Despite not getting this ad right, I’ve not given up hope on Reddit’s self-serve system. If there is a next time then I’ll pick a Twitter-free post and perhaps something like The debate: What is OSR.

Running a competition ad on /r/rpg. Is it worth it? 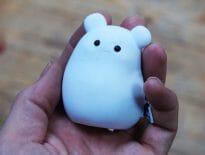 Games Turning a cute “Cavey” into a kick-ass…