The Diana Jones Award for Excellence in gaming was established in 2001. This year the prize will be presented at the annual Diana Jones Party, held at the Cadillac Ranch, the night before Gen Con in Indianapolis this August.

The shortlist includes five very different contenders; a RPG, a card game, a convention, a book and a web series. As different as the runners are, the judges saw excellence in their field in each of them and they’ve made it to the final round for one of the most exclusive trophies in gaming.

Dog Eat Dog, an RPG by Liam Burke, together with the Asocena supplement
Published by Liwanag Press
‘Dog Eat Dog is a game about colonialism that skilfully brings issues of violence and assimilation to the fore. A lightweight economy forces the native players to continually make agonizing decisions and the colonial player to be an utter dick. The Asocena supplement includes “setting hacks” that move the action from a player-created fictitious island to real-world settings – Italy under German occupation, for example – which shows off the game’s true potential as a tool for empathy and understanding.’

Love Letter, a card game by Seiji Kanai
Published by AEG
‘A game like a fine watch mechanism: tiny, intricate and beautiful.’

Metatopia, a games convention in Morristown, New Jersey
Organised by Double Exposure, Inc.
‘Metatopia is a sui generis experience, in which game designers pay the con to demo their games for alpha gamers (who pay less for tickets, as they’re the “attraction”) and/or experienced alpha designers. It’s half retreat, half academic conference, half workshop, half game convention.’

Playing at the World, a book by Jon Peterson
Published by Unreason Press
‘A thorough, scholarly account of the history of hobby gaming in general and Dungeons & Dragons in particular. It convincingly traces the roots of D&D’s core mechanics all the way back to chess, its tropes through fantasy fiction and mythology, and its community back to the wargaming societies that formed at the turn of the last century. Peterson’s book is a must-read for anyone in the industry.’

Tabletop, a web series created by Wil Wheaton
Produced by Geek ‘n’ Sundry
‘Tabletop has brought a new energy and humour to the board-game field: its blend of good humour and gameplay is pitch-perfect and has introduced a range of titles from modern classics to indie RPGs to thousands of new players. The games hobby could not want a better public face than Wil Wheaton.’ 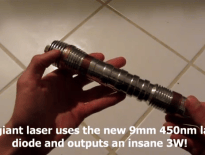 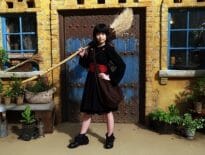