You are here: Home / Geek Stuff / Blogfest: In honour of Ray Harryhausen

At the suggestion of R.J. Thompson over at Gamers and Grognards, to honour the legend, Geek Native will be taking part in a “blogfest” dedicated to the man.

The animated gif at the top of this post shows the amazing work he pioneered. It was hard work and it was work he pushed forward. Harryhausen worked on films like Sinbad and Clash of the Titans. The skeleton in the gif comes from Jason and the Argonauts and you can see the whole scene in the video clip below.

I highly doubt that there are any in the OSR that won’t be able to say the same. The skeletons he created for Jason and the Argonauts informed me of exactly how a skeleton should be in an RPG! There were also many adventures in my youth based heavily upon scenes and locations from both the Sinbad films and “Clash of the Titans.” His loss is nearly as great to old school gaming as that of Gygax or Arneson!

Blogfest: In honour of Ray Harryhausen 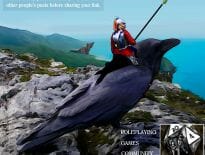 Sites How to promote your RPG blog in Google+ communitie… 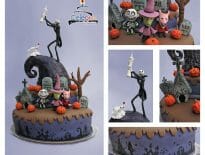