You are here: Home / Geek Stuff / The cost of living crisis through an RPG lens: Which fantasy world should you run to?

It’s getting more expensive with the impact of screwing up the planet, running out of resources while being dependent on them, being at war and broken financial systems.

Would it be any better living in a computer RPG? Or would it be worse and with dragons?

The Currys techtalk team researched Living life in a video game and teamed up with illustrator Jamie O’Neill to bring their discoveries to life.

Did you know that catching public transport in Pokemon might cost as much as $10,000 a trip? Yikes!

The best RPG location to live in

Skyrim from the Elder Scrolls series is the best place to live and Monster Hunter second. Given how deadly those words are, I think it reflects poorly on Pokemon’s unique human-monster living together utopia.

However, in Diablo III an average pint would cost $1,388, and that’s me out and never able to look at the game in the same way again. In Monster Hunter, there are monsters but also the best wages. You could earn nearly $53,000 a month there.

Jamie O’Neill, the artist who helped Currys avoid recycling tired screengrabs from the games for this project, told the press;

Based in my hometown on the little island of Jersey, I’ve always been a passionate doodler and love nothing more than to create fresh, eye-catching visuals. Having studied traditional animation and pre-production design at the Bournemouth Arts University, storytelling, expression and narrative are always at the heart of my illustrations. In recent years I’ve developed a fondness for creating bright, vibrant and dynamic digital illustrations of detailed environments, producing the majority of my work using Procreate.”

When creating this campaign, I took inspiration from my love of video game concept design and my background in animation pre-production to influence my style. When creating these illustrations, I researched existing cities based on their economic likeness to the corresponding RPG environments. I also looked at factors that would pay homage to both the real-life locations and the fictional in-game worlds. This also included the characters that reside in them to create the final digital illustrations.”

Could we escape to a computer RPG

Currys have VR gear to sell. I can’t fault them for talking about the metaverse, even if we’re probably already frustrated at how some media coverage on the topic has evolved.

The techtalk team built on the potential of the virtual fantasy world to speculate on the appeal of virtual life. They said;

Combine this with the main draw for gaming, which is the captivating storylines and the detailed graphics of expansive worlds that people can explore, either on their own or with friends. This social aspect that connects people from around the world is a huge positive as to why people love to game. Plus, their similarities to real-life aid with the escapism aspect thanks to the ability to rent a room, buy a house, eat, drink and earn money.

The cost of living crisis through an RPG lens: Which fantasy world should you run to? 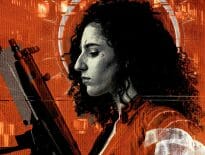 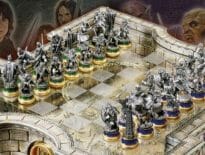