You are here: Home / Games / Tabletop & RPGs / On how to adapt your game for gamers and Jim Pinto’s latest Kickstarter

Jim Pinto of Post World Games is on a roll. King for a Day is now available after a successful Kickstarter and A Gallery of Rogues is underway after funding. Jim’s current Kickstarter is already past x3 times funding and so Toolcards: Fantasy GM Cards looks to complete the hat trick.

Geek Native wanted Jim to step up to the mark and discuss designing games and coping with players as well as the Kickstarter. After all, Toolcards: Fantasy is all about helping the GM.

Jim, can you tell us a bit about yourself?

I’m a game designer, but I’m a gamer first. I enjoy building the gaming and player experiences, without a heavy-handed approach. I like making the tools and letting people run with them, like scissors across a gravel driveway. I’ve been playing since my early teens and been a gamemaster almost as long. I’m also is a 15-year veteran of the gaming industry, with numerous credits in about a dozen categories, including writing, design, development, art, and editing.

Anything we would know?

Well probably! I’ve written everything from gaming adventures to board games to comics to screenplays to hot tub catalog copy. My first book in the gaming industry was about Japanese culture and was nominated for a few awards. I also along the way won a few ENnies, an Origins Award, a Player’s Choice Award from Inquest magazine, and possibly $50 from a college fiction contest.

I have been lucky enough to go on to create Post World Games which has put out gaming supplements like King for a Day and Toolcards: Fantasy and has a busy year ahead.

You can’t remember the last award?

Yeah, but not due to the usual college reasons, except lack of sleep. 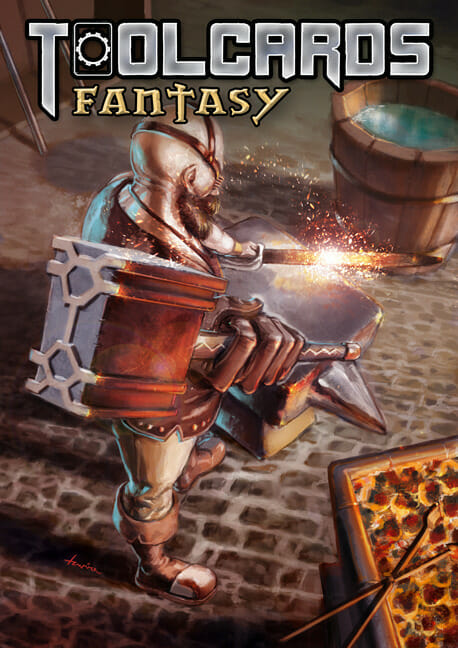 So you are in the gaming industry and an avid player. How do they intersect and what advice do you have for aspiring game designers?

They do intersect quite often. I think most people that play have their own ideas on how “the game” should proceed. I think every long-running game out there has house rules and stylistic choices. Their own personalities forge a social contract that keeps them hanging out together. That’s the first step. The rest is being able to build that style of play into an experience that transcends the gaming group.

The second part of that is a bit more difficult. If you are going into the gaming industry because you think, “I’ll get more time to game”, you’re wrong. Between the writing process, play testing, working on developing additional ideas, and everything that goes into packaging and marketing your product. You get less time, a lot less. It’s still rewarding — your creations are going into other people games and creating new ideas and so on. Sometimes it’s just not the same but still enjoyable. You also have to remember to let go after you have created this sandbox for others to play in. Watching other people play in your creation allows you to build even more ideas. Sometimes you want to say, “You’re doing it wrong!” I avoid the latter.

With games, which do you prefer to play?

I started with fantasy and have branched out from there. I enjoy good storytelling and good roleplay, the game itself is secondary to it being fun and immersive. So. I prefer to play themes, rather than genres. It’s more important that my present vampire game deal with the racism of the 70s and the isolation of humanity as the modern world starts to rush at us than, Bob the Vampire hates humans in his backyard.

Which do you prefer to gamemaster and do you have a particular style of play, like dungeon crawl, fighting, character centered roleplay, or interactive storytelling?

When gamemastering I try to include the group preferences in the genre that we play. I want it to be fun first and foremost, that’s difficult if I am running a gritty fantasy game when everyone wants a steampunk pulp era feel. Still, regardless on the genre, I try to make the game an experience that is engaging to all the players and exciting with an emphasis on character interaction and theme.

In fact, one of my first creations was Wounded, a system-less role-playing exercise that allowed for an interviewer and interviewee to discuss any number of questions regarding their character. I created it with the idea of building a story around characters and how each would react to a Q&A environment. This was in 1996, I want to say. Before the index card movement.

What is your approach to gaming other than style?

I really look to the players to be co-collaborators in the story and direction of the game. It makes the game and characters more memorable, in fact if we think about it, it makes any story memorable. The Buddy Cop movie gains more traction in our memories than a straight action flick because if done right the character interactions work off one another in order to build a robust connection of emotions… emotional feedback is the term I believe. That works in any form of storytelling, especially roleplaying, because it allows characters to be invested in one another as well as the stakes of the game. It also takes some of the work of creating numerous personalities for the gamemaster to develop for solo play.

Also one of my goals is ensuring that the atmosphere of the game is engaging and continues throughout the experience from a player and gamemaster perspective. It helps connect everyone to that world and environment. When King for a Day was being developed, the most important thing that I wanted to do is provide an atmosphere that allowed for characters to feel and emote in a game setting that often has not seen suspense or dread. That atmosphere is hard to maintain especially when incorporating players into it. So the sandbox/playground that the PCs are running around in has to adhere to its internal logic and tone. Once tone is gone, your audience isn’t paying attention anymore.

What is the most challenging thing about running a game?

“Jim Pinto: “No campaign survives contact with the players””

Players of course are the most challenging. What’s the old saying? No campaign survives contact with the players. Allowing your players free reign to play in your world always has its risks. One of which is that players will often look into things, ask questions or incorporate NPCs into games in ways that you never expected. I personally love to come up with things on the fly, but I think that’s where most gamemasters get into problems. Keeping track of dozens of things then having the player ask ten more that you never thought of and keeping them within the atmosphere of the game is difficult. Its how Toolcards: Fantasy was developed. We’ve all heard about the noble party sidekick named Bob or Bud the Wiser. Those stories stem from a gamemaster trying to create something, “on the fly” and unfortunately when that fails it pulls away from the immersive play experience, creating distractions. The other option is to stop game play to brainstorm ideas, which detracts in different ways.

So you incorporate your gaming experiences into your creations?

Absolutely, like I said Toolcards: Fantasy came from me dealing with how to create on the fly details without disrupting the rhythm and tone of the game.

Well, Toolcards are a new game aid for gamemasters who need at-a-glance information, without slowing down play. Toolcards are the next step in gamemastery tools and inspiration that gets you right back into the game without having distractions from actual gameplay and provide more information without distracting the gamemaster. Each card has nine pieces of information, separated into sections of three each, so the gamemaster isn’t overwhelmed with data, but at the same time provides easy to access details at a moments notice. We have also cards governing details and descriptions of wards, traps and drama each that allow more avenues to adventure.

Toolcards: Fantasy is the first in a long line of new cards. The set contains 100 cards, but there are numerous add-ons, like Potions and Traps that provide 30 additional cards, with a few more 100 and 30-card sets coming later. By year’s end, there may be as many as 500 cards in the set. Just depends on fan support.

So your Kickstarter is going on now, what do you think of crowd sourcing as a way of getting games out there?

Yeah, it’s accessible from the Post World Games website and it’s doing well. Toolcards: Fantasy actually became a staff pick very early on. I expect that we will begin doing other genres cyberpunk, western, and so on. We hope that our supporters will help us justify expanding and building off the idea.

It terms of Kickstarter itself, it’s allowing some visions and ideas into the gaming community more than any we have ever seen before. It may well create the second renaissance of tabletop gaming. It could also create things like “Mom’s new Old Maid card game.” Hopefully we are vigilantly looking for new products that enrich the hobby and not just repackage something we already have.

Anything else we should know?

I have no children, pets, or lice. You would be amazed how often those things go together. I’m also allergic to capital letters, much to the distress of my marketing team. I’m a multicultural savant and know ‘hello’ in twenty languages, as well as most of the worlds’ capitals. My favorite novel is French, favorite movie is Chinese, favorite country is Romania, favorite food is Indian, and favorite wife is Korean.

Seriously though, gaming is something that I have enjoyed my entire life and having a career in it is incredible especially since we are putting out great products that people are enjoying and adds something substantive to the game experience.

So I guess it’s the right time to plug The Toolcards: Fantasy Kickstarter, which is ongoing and our website, which is www.postworldgames.com. 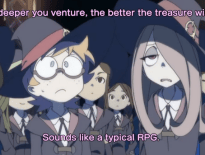 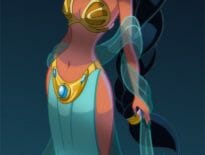