You are here: Home / Games / Tabletop & RPGs / Rick Priestley: Beyond the Gates of Antares delayed, not dead

The surprise news last night was Beyond the Gates of Antares pulling the plug on their Kickstarter campaign. This wasn’t a campaign to get a second edition for the wargame out or a quest to fund some sourcebooks; this was a Kickstarter to launch the game in the first place.

So where does that leave GoA? Is it dead and gone?

Geek Native reached out the legendary designer and co-founder of the Beyond the Gates of Antares project Rick Priestley. On the table for discussion; what happens now?

Is Beyond the Gates of Antares dead?

Well as you know we’ve withdrawn the Kickstarter – but as for the project itself that’s a different matter. There’s loads of work already done on the background and the game system, and we’ve built a website with active forums and hundreds of participants – so there’s much that has been achieved that will hopefully enable us to take GoA forwards.

Why Cancel the Kickstarter?

Because we realised there was practically zero chance of reaching our funding goal with the plan and resources we had.

What do you think put the total out of reach?

I think we were just overly optimistic about the amount we could raise to start a business on Kickstarter based on the models used in the video games industry. As I’m sure you know, the trend with miniatures games Kickstarters is towards funding a production run of a finished product – and this definitely created expectations from some backers that we were never going to be able to satisfy. However, let’s not forget our many generous backers who had faith in us to deliver, and who continued to pledge and contribute to our forums with great enthusiasm. Those are the guys that make me want to knuckle down and deliver GoA come what may!

Next we take stock of what we have already achieved and how we can progress – and that will take us a few weeks. In the meantime the DSC forums will remain open, we have a few more final pieces of work that I imagine we’ll share with the community, and I’ll be around to answer questions and post comments as before. We have to figure out what the new plan is, and although we have plenty of options, until we have worked out a strategy and figured out exactly how to fund it we’ll just keep things ticking over.

Will we eventually see the same game?

I’m going to continue development of the tabletop game and background – and there’s no reason we can’t do that through the website. The online element is harder to realise because that needs people who can implement it – which I can’t really do – but we’d certainly like to continue to pursue that idea. Just speaking hypothetically – I can foresee us developing the same game but bit-by-bit rather than all within a year as we’d planned. Obviously there is still the opportunity for folks to participate in playtesting and development by feeding back onto the forums – albeit in a more limited way than we had planned.

Would you use Kickstarter again?

Never say never! Kickstarter has been used very successfully to fund a number of tabletop wargame projects, and has established itself as a valuable marketing tool and as a new route to market – in some cases overshadowing traditional routes such as distributors, retailers and direct sales. I would say it’s worth keeping an eye on how it develops. After all – we did attract over a thousand backers pledging over a hundred thousand pounds in total – and I don’t doubt that had we been able to line up a more substantial offer we would have raised our target and more.

Rick Priestley: Beyond the Gates of Antares delayed, not dead 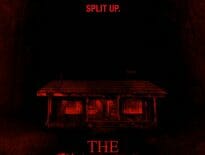 Books The Cabin in the Woods novel review 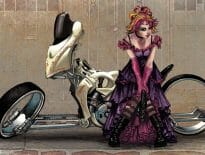