Curse is a hot site and its appropriate their logo features a flame. It’s more than just a gaming community. It’s a gaming utility site.

They pinged my radar again today with news that they’ve raised a whopping $6m in a second round of VC funding. That’s not bad for Hubert Thieblot, the founder, who was struggling with his own World of Warcraft addiction when he kicked out of the family house by his parents.

I assume that’s where the name “Curse” comes from. World of Warcraft addiction or any other MMO addiction is a curse.

What Curse does is let gamers save and share their settings and intelligence. It’s actually a collection of sites as they look ahead to what will be the attention grabbers of the future.

What Curse doesn’t do very well in manage their main RSS feed. I’ve tried subscribing to it before. I want to see what they’re interested in because they’re always so good at picking the winners.

The problem they face is that they let all their user blogs feed into the RSS too. The result is a spamfest. It’s common to find posts of nothing but hyperlinks. Curse delete these accounts quickly but not enough for the real-time web and nor even the relatively slow RSS update. 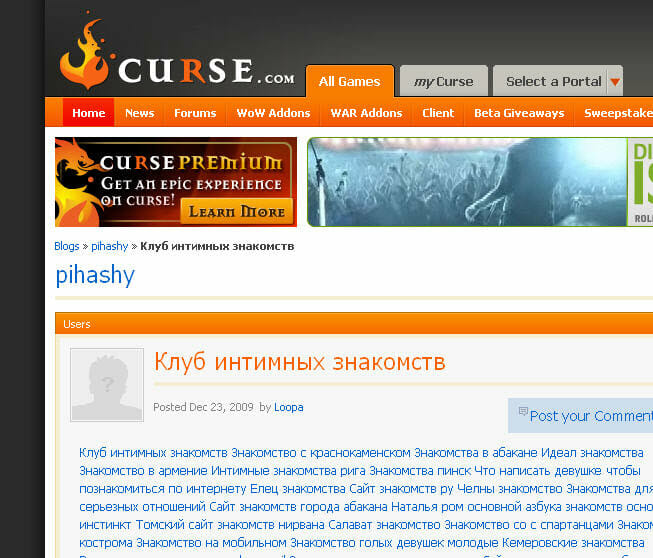 Can we have an alternative approach from getting news from Curse, please?