Evil Hat Productions have announced a new Dresden Files RPG. The new game is set to launch in 2014 and will be called Dresden Files Accelerated. They initial projection is for a 160 to 240 paged, 6″ x9″ full colour softcover. It’s going to be a slimmer form factor factor than the original Dresden Files. 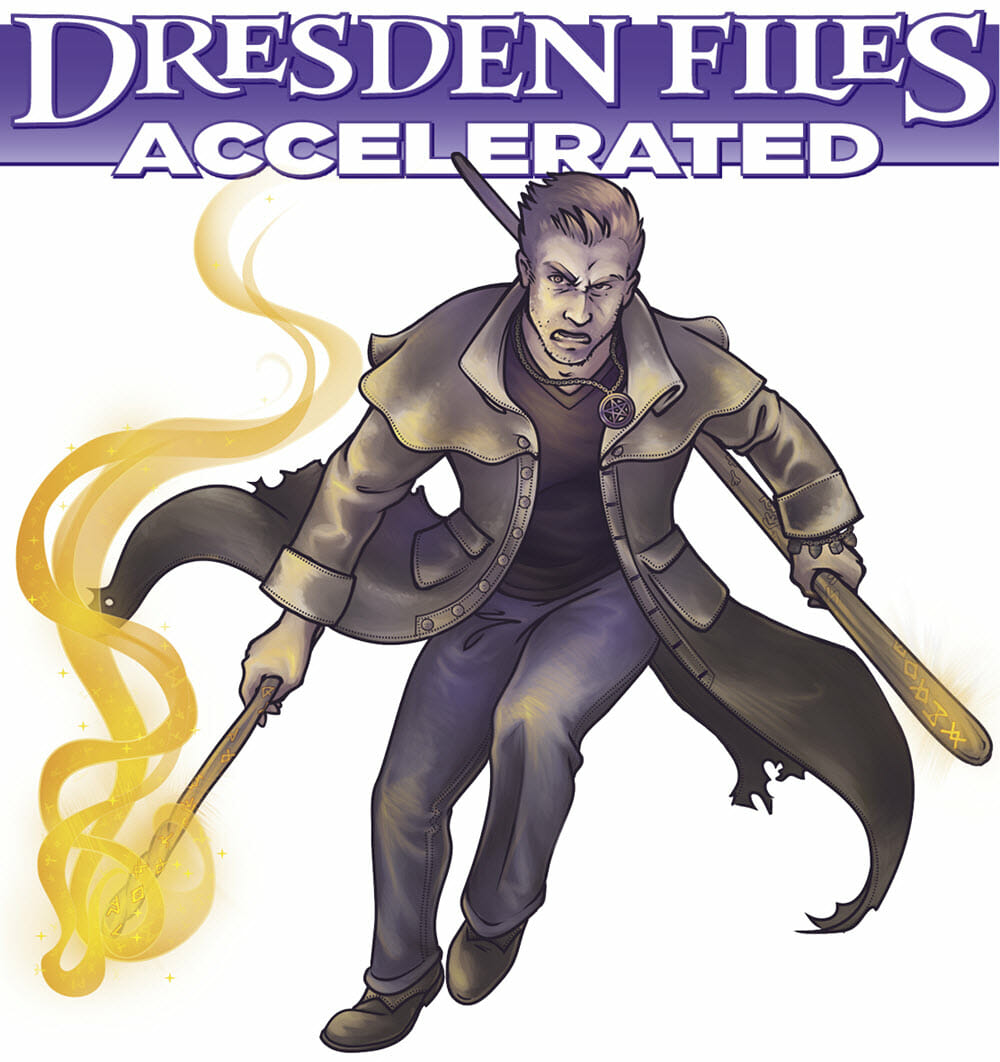 Current owners of the Dresden Files RPG should not worry. The game will not become irrelevant. While it won’t be required in order to play Dresden Files Accelerated, we will be looking at ways that you can use copies of the DFRPG books to enhance your DFAE experience!

It’s not yet clear whether that means the publisher would recommend new Dresden Files Accelerated owners to go out and buy the original Dresden Files RPG.

The game will likely have a $10 retail price for the PDF. The print book, expected around the end of 2014, is yet to be priced.

There’s a catch. Dresden Files Accelerated appears to be a stretch goal in Evil Hat’s hugely successful Fate Core Kickstarter. That project has 7 days to go but has secured the attention of nearly 7,500 backers to raise over $300,000 in response to mere $3,000 asking price.

And believe us. We want to give Jim Butcher a big pile of money, after he’s already given us so much. It’s worth every cent. And so are you.

Evil Hat are asking current backers to increase their pledge. A “pay what you like (including free)” in order to support this project. Anyone who’s put at least $10 into the Kickstarter will get a free copy of the PDF.

What’s not clear is whether the project will go ahead if they meet the stretch goal. After all, that requires $100,000 to be found in 7 days. Kicktraq suggest this is going to be a very tough target. The low estimate for Fate Core is that it comes in at $332,000 and the high estimate only $401,400. 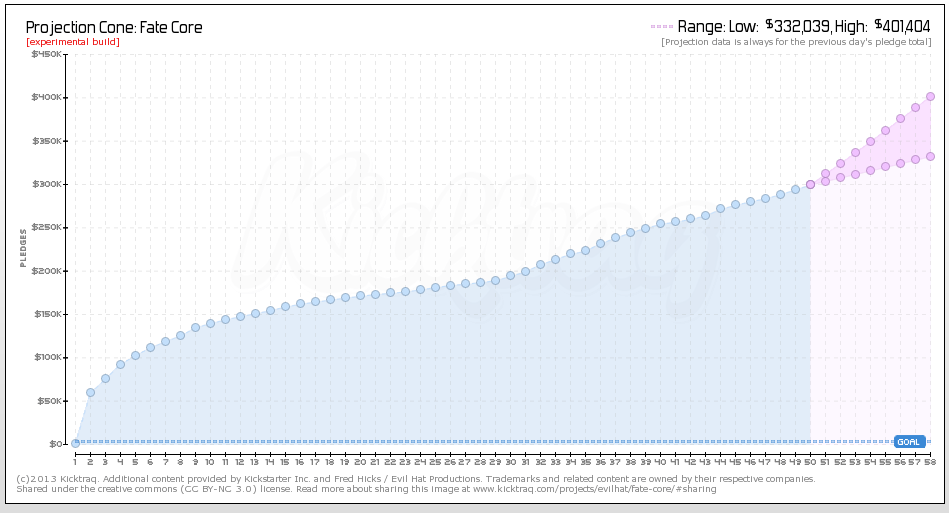