Atari has filed for Chapter 11 bankruptcy protection in the States. This gives the iconic video games firm the ability to solider on for now, without predators swooping in to grab the brand name, while it tries to find a last minute save.

Atari was the market leader for gaming consoles in the 70s. It was once owned by Warner. Warner sold the company to Hasbro, Wizards of the Coast’s owner, in the 90s. In 2001 Infogrames bought the name and rebranded itself Atari in 2003. Back in the 90s Hasbro paid $100 million for the company.

It is expected that Atari will now have to sell off any assets it has. This includes the famous logo and the rights to games like Pong, Asteroids and Missile Command.

Atari had been attempting to perform in the digital download market. In a statement, the company said;

“With these moves, the company has added new revenue models, including digital download and advertising. As a result, Atari Inc. has become a growth engine for Atari S.A., which in turn has reported consecutive annual profits in 2011 and 2012.

“The company has recently launched a slew of chart-topping titles for iOS and Android mobile platforms, including Atari Greatest Hits, Outlaw, Breakout and Asteroids Gunner. The company has previously announced upcoming mobile and tablet games based upon the popular Rollercoaster Tycoon franchise and Atari Casino.

“The Chapter 11 process constitutes the most strategic option for Atari’s U.S. operations, as they look to preserve their inherent value and unlock revenue potential unrealized while under the control of Atari S.A. During this period, the company expects to conduct its normal business operations.

“The U.S. companies are also seeking approval to obtain $5.25 million in debtor-in-possession financing from one or more funds managed by Tenor Capital Management, a firm specializing in convertible arbitrage and special situations. Each unit has filed a number of traditional “first-day” pleadings, which are intended to minimize any disruption of their day-to-day operations.” 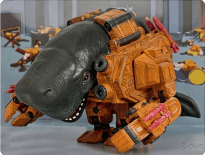 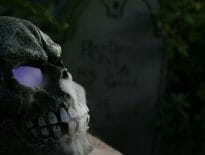