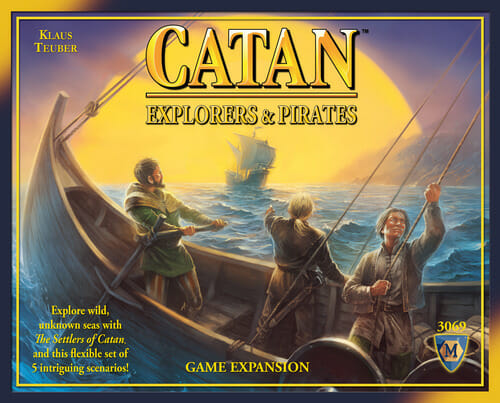 Mayfair games have a new $50 Settlers of Catan expansion. The Catan: Explorers and Pirates add-on supports three or four players and will last around 90 minutes.

TV K-1889 is steampunk K-9
💰 Copper Coins 💰 Geek Native is an affiliate and may earn commission on purchases you make from third-party sites.
🍪 Privacy & Cookies 🍪 The site uses cookies to survive. By accessing the site, you agree to use your browser to control cookie use or take 1d4-3 privacy damage (tracking). If you defeat cookies via ad blocking, please consider the Patreon. An intro to cookies, and how to control them, can be found here. I Manage Cookies