Geek Native reached out to the team at Forbidden Planet with a Christmas plea for insight. Which graphic novels would they recommend? What’s hot? What’s new? What should this blogger buy his geeky friends?

The results are in. The Forbidden Planet team put their heads together and came back with these 10 tempting, geeky, recommendations complete with insight and commentary. 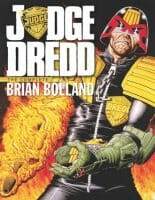 As part of 2000 AD’s continuing push into the American market they’ve teamed up with publishers IDW who are starting a brand new monthly Dredd comic and also doing deluxe editions of classic Dredd, starting with one of our absolutely finest comics artists, the mighty Brian Bolland, and his famous strong, clear line style. A must-have for all Dredd-heads!
[Judge Dredd : the Complete Brian Bolland Hardcover]

I liked Flash as a kid but as an adult reader drifted away from him. When DC rebooted their entire line with The New 52 last autumn I picked up the first Flash and loved it. Since Watchmen and Dark Knight Returns most heroes have dark edges, hidden secrets, moral ambiguities. This is comics as enjoyment, written for an adult but which will make your inner ten year old grin. It’s a year later and I’m still reading it each month, which has to say something. This hardback collects the first run of the new take on the character, perfect jumping on point.
[Flash Volume 1 : Move Forward Hardcover]

I’ve adored the first two Grandville books by Bryan Talbot and I was lucky enough to get a sneak peek at this upcoming volume on his iPad after his Edinburgh Book Festival appearance in the summer. A gorgeous, richly detailed Steampunk alternative history with anthropomorphised characters (our Detective Inspector hero is a badger), laden with references to pop culture and real history and simply a beautiful bit of work from one of the UK’s finest.
[Grandville : Bete Noir Hardcover]

Okay, not so much a graphic novel, but it’s still one a lot of us want to get our hands on – the great, bearded magus of Albion, Alan Moore collaborates with acclaimed photographer Mitch Jenkins here in a work which is partly a biography of his friend Steve Moore but, Alan being Alan, it goes beyond into poetical realms in a work he has been honing through his many spoken word performances. Look, it’s Alan Moore, that’s all you need to know! As Stan Lee would say “’nuff said!”
[Unearthing] 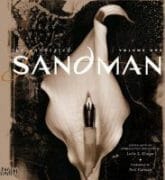 Yes, technically that’s two books, but same series and since they came out this year (the second just came out in recent weeks, in fact) I’m lumping them together. Neil Gaiman has gone on to conquer the world – from comics he’s gone on to have international bestselling adult and children’s books, film scripts and he’s now worked on Doctor Who (with a second Who story on the way in 2013), but this is the masterpiece of modern comics that made his reputation, now with Leslie Klinger’s (who did the Annotated Sherlock Holmes and Annotated Dracula) exhaustively researched editions delving into the many layers and references in this enormously rich work, all delivered in fine hardback editions for your collection.
[The Annotated Sandman Volume 1 Hardcover | Volume 2]

Joe Sacco has deservedly carved a reputation for his non fiction comics work and pretty much refined the concept of comics reportage – even people who don’t read comics usually know his work from major newspapers and journals. His work is highly respected, tackling some of the most complex situations – Gaza, the Bosnian war – in an open, very accessible way using the comics medium and the fact he actually sits and talks (and listens) to some of the people involved. Often not the easiest subject matter, but important and deftly handled work.
[Journalism UK Edition]

Another New 52 reboot from DC, our new Batwoman has made the mainstream media largely because of her gender orientation (she prefers other women), but Williams and Blackman never use this salaciously, it’s just a part of Kate Kane’s life that she has to juggle romance (with the detective who hunts the Batwoman, unaware she is Kate, no less) with crimefighting. A supernatural edge comes in right away, a very dark one too, and the art by JH Williams III (who drew Promethea for Alan Moore) is simply some of the best you will see in comics right now, beautiful artwork and inventive layouts make this a spectacular read.
[Batwoman Volume 1 : Hydrology Hardcover]

You may not be as familiar with this as with some of the others on this list, but trust me, for the science fiction fan this is a totally bonkers but brilliant read that has me addicted each month at the moment. What if the A-bomb was just one side project, so the conspiracy nuts could go ah-ha, we knew it! Meanwhile multiple other much more esoteric secret projects are underway, complete with wonderfully bizarre alternate versions of Fermi, Einstein, Feynman etc. Brilliantly mad.
[The Manhattan Projects Volume 1 : Science Bad]

Comics superstar Brian K Vaughan (behind the superb Y: the Last Man among many others) and Fiona Staples have created this superb (and ongoing) tale which combines science fiction, adventure, romance and more. It’s been a huge hit with a lot of our staff who eagerly grab the monthly issues as soon as they come in, which is always a good sign.
[Saga Volume 1] 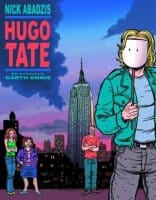 Those of you of a certain age may remember Nick Abadzis’ fascinating Hugo Tate from the pages of the hugely influential Deadline comic. For years a huge amount of readers have clamoured for a decent collection and at last this year Blank Slate Books teamed with Nick to do just that. It’s an amazing slice of Brit comics heritage from a very innovative time, with Hugo himself starting as a very simply drawn character and being slowly drawn in a more detailed style as he grows and evolves his way through life. Vital addition to you collection.
[Hugo Tate] 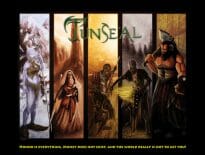 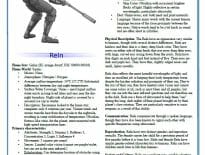