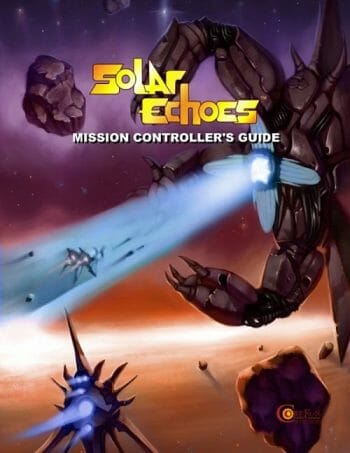 Solar Echoes drew some attention when it launched. The RPG promised a new gaming experience and is available at RPGNow with a price tag of $35 for the Player’s Guide and $30 for the Controller’s Guide.

The sci-fi RPG market is rarely an easy one to tap into and Andy Mitchell of Corefun Studios, the team behind Solar Echoes, has made himself available for a Geek Native Q&A style interview. Thanks Andy.

What’s your role at Corefun?

I am the owner of the company, and one of the developers and authors of the game, as well as the art director.

Solar Echoes pitches a new style of gameplay. Can you walk us through the concept?

There are two problems I’ve always had with traditional RPG’s: I didn’t like waiting on my turn, and players often didn’t work together. We developed our rules to deal with both of these issues by allowing players to move and act together without an initiative order, as well as react whenever they chose during movements or actions. At the end of the round, everything resolves at once. We also lowered the hit-point pool in our game. This made tactics crucial, because soaking up damage was no longer an option, so players instinctively coordinated everything together as a result. Fast and interactive was what drove our design philosophy.

What’s so wrong about waiting in turn, working with initiative orders and bringing elements of wargaming into roleplaying combat encounters?

I think we’ve become a faster-paced society over the years, and I honestly started to get bored waiting 15 or 20 minutes for my turn to come around. This happened with groups of 3 or more people, so I don’t think it was the size of the gaming group. I started bringing books to read, and even fell asleep a few times while waiting. Another issue I have with initiative orders is that I don’t think they are very realistic. In a fight, people don’t take turns. There are some situations where you might get the drop on someone, but that’s different—that’s not initiative, that’s surprise. Once the surprise is over, people act almost simultaneously, and I’ve never felt that these actions could be accurately represented with initiative rolls. Things just happen too fast.

What’s the world – or galaxies – of Solar Echoes like? Can you share some of the game’s setting and flavour? 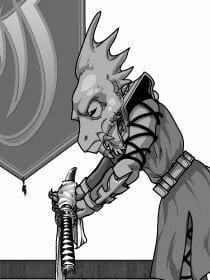 There are seven alien races that discovered each other once they attained faster than light-speed travel. There were skirmishes and even all-out wars between some of the races, so the Inter-Stellar Union (ISU) was formed. Territories were decided upon, a few laws were set in place, and trade was encouraged among the races. There exists a tentative peace among them, but many wonder how long this will last. The players take the role of Union Guard agents, a special forces unit that deals with situations regional security can’t.

As the players go on various missions, they begin to learn details about a much larger threat that the ISU is trying to keep a secret. Why are the disappearances at the edge of known space being kept quiet? What do the mysterious Reln know about the feared area of warped space known as the Voidsea? What else is the ISU not revealing to the public, and how will the Union Guard be used to keep the races united? These are a few of the questions players will face as they deal with smugglers, pirates, hostile alien races, dangerous lifeforms and robots, and many other challenges.

Though this all sounds like it could be a somewhat dark and gritty setting, we have written Solar Echoes from a slightly satirical, comical perspective, sometimes making fun of elements of our own culture through the game. Each alien race has a very different perspective and culture, so we’ve had a lot of fun setting up interesting situations between the races. You can really dial the grittiness of our game as far as you want, either way. We also really love spy shows and movies, and have tried to integrate aspects of that genre into our game as well.

Solar Echoes has two main books and each one is in the $30+ realm. Some gamers have said that’s too expensive. What’s your take?

Prices of books have really gone up over the years. $35 used to get you a nice book, but these days, it’s often anywhere from $45 to $60 dollars for a core rulebook unless it’s on sale or part of a package deal. We’ve shown our book to some game-store owners, and based our pricing on what they thought it compared with. We knocked $10 off our retail price for the digital, online versions of our books, which is what other companies are in the practice of doing as well.

While I understand peoples’ reluctance to invest in a totally new RPG like ours, buying one or both of our core rulebooks is the same you’d pay for a video game or an expensive dinner. I think you’ll get a lot more hours out of our game than either of those.

How important is artwork for a game?

I love art, and one of the best parts of being art director for Solar Echoes was working with really talented artists. The excitement I experienced every time I saw an email from one of our artists with an attached file is better than opening a present on Christmas morning when I was a kid. I think artwork is important to any RPG out there, because it helps clarify the style of the setting, the atmosphere of the game, and it helps players visualize some of the core icons in the game.

We had our artists focus on art that detailed the alien races and the style of starships and weapons they each used. Our equipment section has lots of pictures of guns and other weapons, and our races section has great profile artwork of the different aliens. We also have full-color, 2 page spreads at each chapter with space-art by Matthew Hannum, another developer and author of the book who also happens to be a very talented digital artist. We chose to put art where it made sense to have it, rather than to pepper each and every page with an image. There is art throughout almost 35% of the pages in each of our core rule-books.

Are the traditional methods of sourcing and commissioning art in the roleplaying industry too expensive? Time for a change?

I wouldn’t say they are too expensive, but the problem is variability in pricing and matching our needs with what is out there. Finding artists to work with is tricky, because you don’t know if they can do what you want and it’s tough to get an exact price until you’re already somewhat committed. Portfolios help, and I spent many days looking through webpages and portfolios.

There are a lot of talented artists out there with varying levels of experience. Their rate often correlated with how much experience they had. Some artists had already found great success with their art, and their prices weren’t even approachable, likely only affordable by the giants in the industry. Other artists had comparable skills but charged much more reasonable rates. It just took a lot of searching and asking questions, and I chose artists that understood and could work in the sort of blended anime and realism, cel-shaded style I was looking for. We auditioned our artists by asking them to draw something based on one of my concept sketches. If we liked it, that art piece would go towards the total amount of work we wanted them to do for our game and we’d use it and pay them for it. The artists we chose were those that definitely got the feel of our game, and we’re very happy with how everything turned out.

I’m excited to put together some of the future books we’re writing so I have more of an excuse to work with them again!

Does a game’s price tag influence the fan base and community at all?

It can have a big initial effect, depending on how much people are willing to spend, but after the game is established, I don’t think it matters to people. Once they’re into a game, if the price isn’t too outrageous, I think people will keep supporting it by buying those game books. I think it is just the initial approach to a new game system, because people basically have to judge the book by its cover, so to speak, to decide if they are getting their money’s worth. There’s nothing worse than buying an expensive book with flashy art only to find that the actual content is flawed and utterly disappointing.

Do the larger publishers control the industry by being the shepherds of the largest communities?

I wouldn’t say that publishers are actively trying to shut out others in the industry, but they do set unreasonable expectations for smaller companies to meet. They inadvertently can drive the fan base by generating those expectations, which in turn does keep them the preferred sources over others. They can make it hard for people to be willing to try out new games because their highly-polished, expensively produced products sometimes overshadow other games. However, some of these big names have very flawed game systems that they cover up with beautiful looking books. When it comes down to it, I think the question gamers ask themselves is “how much fun is the game to play?”

Are there any other indie publishers, authors and artists you would recommend?

We’ve played a lot of other games, and a few of the indie publishers I can think of wrote Airship Pirates, Feng Shui, and the Dresden Files, which we tried and enjoyed. We have a lot of fun trying out new systems and genres. As for authors, Isaac Asimov, Robert A. Heinlein, Arthur C. Clarke, Keith Laumer and William Gibson are some great sci-fi writers, but I can’t think of anyone more recent. If you like space art like we do, Ron Miller and William K. Hartmann are great artists. 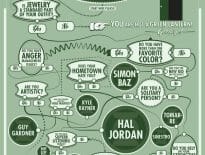 Comics Which Green Lantern are you? [Infographic] 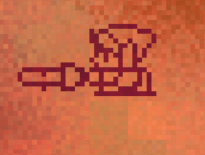