You are here: Home / Books / Review of Quarry’s Ex 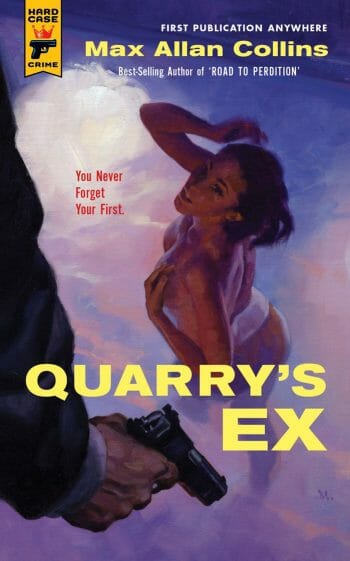 With the 50th anniversary of the James Bond franchise under way there’s a good chance you might be looking for some similar cloak-and-daggers fiction. If that is the case you could consider picking up for yourself a copy of Quarry’s Ex. The protagonist of Quarry’s Ex, however, is not a government secret agent but rather works as a hitman. Now here is a warning before you continue reading, the next paragraph begins with a necessary spoiler. It is a minor spoiler in my opinion though, and one that is covered very near the beginning of the book, so unless you’re particularly sensitive to this kind of information I wouldn’t be concerned.

The eponymous star of Quarry’s Ex is a notably specialised type of assassin, one who hunts down and kills other hitmen. This sets up Quarry in the role of the story’s anti-hero. Not an outright evil man, but rather one who is at the least portrayed as a sympathetic villain with his own code of conduct, but certainly not a hero. He is still killing for money after all, and he has a lot of old and new blood on his hands.

A moderate amount of the beginning of Quarry’s Ex is given over to explaining how the protagonist has found himself in this self-employed line of work. Indeed reminiscing on his origins is a repeated theme of the narrative. This is a suitably convenient literary device considering that Quarry is a well established character for his author Max Allan Collins, and so  this allows a new reader to pickup the book without needing to have read any of the previous Quarry stories. Continuing on the topic of how easy the book is to read I’d also note that Collins has a very quick, simple and to the point prose style. It suits the pulpy nature of the story and the character, and if this to your taste you’ll likely find yourself from cover to cover in no time at all.

However, I would not say that the book is faultless, as I never was really convinced by the reliability of Quarry’s method of monetising his work. It does come over a little bit as Collin’s attempt at having his cake and eating it too when it comes to having a protagonist who kills for money but who the reader can still ‘root’ for. A healthy dose of suspension of disbelief will be required. Quarry himself is a rather straightforward character.  He only really thinks about three things in Quarry’s Ex: the circumstances which lead him to be a killer, his current job, and women. Quarry doesn’t have the charisma of a Bond though, and this often just comes across as a bit sleazy and lecherous. Also while Collin’s quick and snappy prose generally suits the pacing of the plot I did find that the action scenes were perhaps a little too sparsely detailed and Quarry’s conflicts are never given the room to breath I felt they needed.

To defend against my last criticism I would say that this a matter of personal preference, my own being towards more heavily detailed combat scenes such as those found, for example, in George R. R. Martin’s A Song of Ice and Fire series of books when they are at their best. So really whether or not you’ll enjoy Quarry’s Ex comes down to whether you a want quick reading, pulpy novel with a shady protagonist. On offer is a story of violent underworld criminality, mildly romanticised and with a tone that is part noir sleuthing and part cloak-and-daggers subterfuge.

Disclaimer: my copy of Quarry’s Ex was provided for review. 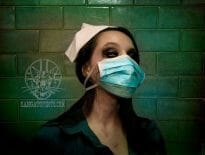 Art Demon nurse is all smiles 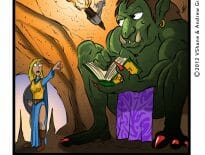