Wolf Children is an anime by Mamoru Hosoda who is responsible for Summer Wars and The Girl Who Leapt Through Time. I watched Summer Wars at the Scotland Loves Anime film festival of 2011 and really enjoyed it – I went into Wolf Children with my expectations high. This is always dangerous.

Wolf Children is a wonderfully told, illustrated and paced story. It lives up to expectations.

The story is of a brave human mother who has to bring up two werewolf children. The story is narrated by her werewolf daughter.

The narration is a powerful technique. Why isn’t the mother, werewolf father or sickly brother telling the story? Why aren’t they contributing? Despite the romantic start to Wolf Children there is always the undercurrent of concern.

This is not a werewolves battle monsters story. This is not an action anime. This is a story rich with great and interesting characters and despite the werewolf issue these characters are in the sort of peril that many of us can personally relate to.

Although this is not an anime loaded with action there are some visually stunning and fast paced scenes. There are times when the young werewolves are racing through the snow, woods or even mountains and these are spectacular. These scenes are also rather scary as you worry about the safety of the wolf children.

The humans in the story are superb; especially the heroic mother who battles through years of unexpected hardship after falling in love with a man who turns out to be a werewolf and having his children. There are also the secondary human characters who come into play as the children age – one of who seems entirely based on Clint Eastwood; a local grump who actually helps out despite seeming disinterested and sour faced all the time.

Ultimately Wolf Children explores issues around nature versus nature and how big events can change people and their outlook on life. It’s perhaps not the werewolf transformation that is the most significant in this enthralling story but the transformation in the personalities of the people involved.

Overall; strongly recommend. This trailer from April may also be insightful. 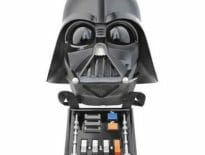 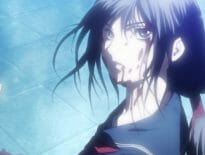