Eternal Contenders is the anticipated evolution of the acclaimed Contenders tabletop role-playing game.

The game was a nominee in the UK Games Expo 2012. It’ll be one of the first RPGs published with the assistance of Chronicle City and the print/PDF bundle can be pre-ordered from their store with the PDF copy arriving shortly after ordering. The print version of the game is 108 pages long, has black and white interior art, and is due out soon… very soon.

Eternal Contenders was written by Joe Prince. Prince is known for the original Contenders RPG, a game about the shady world of boxing, but also Prince of Darkness Games.

Prince of Darkness titles include the likes of Labyrinths & Lycanthropes and Swansong which makes use of tarot cards.

Geek Native reached out to Joe in the search for teaser text and art. He was kind enough to oblige.

A RPG of Blood and Steel, Pain and Glory.

We, the Warriors ready for the fight… 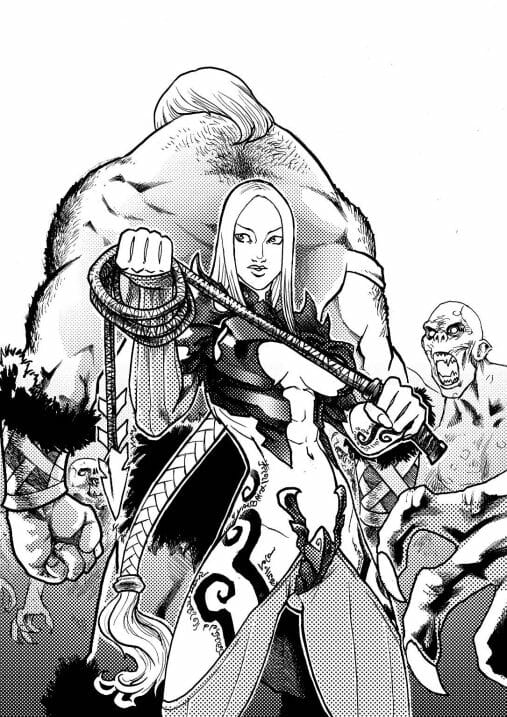 Play the role of an ambitious gladiator, a deadly duellist – an eternal contender.
Prove your worth in the arena and fight your way out of the gutter.
Can you escape to a better life?
Are you destined to become a champion?
Or will pain and darkness obliterate all hope?

No preparation time is required to run this game of stories.
Eternal Contenders places every player’s character in the spotlight as a capable protagonist. As the narrative unfolds warriors’ dreams will come to fruition or despair. 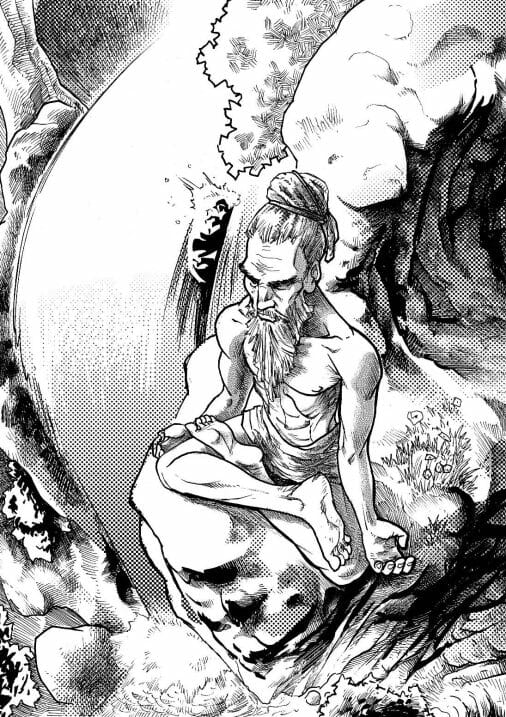 …Thump…thump….thump…the drumbeat is relentless. Or is it the pounding of my heart? I can’t tell anymore.

My vision blurs momentarily – for a second I’m facing a legion, swords drawn, murder in their eyes.

That last pass was close. Too close. I taste blood, my blood.
I’ve tasted it before.

The roar of the crowd is deafening, they want more.
They always want more.

To escape their own – for a moment. A moment.

I see her, a lone figure in the mob.
Eyes red with tears, drawing me in, deep pools, reflecting the pain.

Yet in that eternal moment I remember our promise, the promise of hope.
I need that.

I grip my blade with renewed determination. My adversary hesitates, now it is time to- 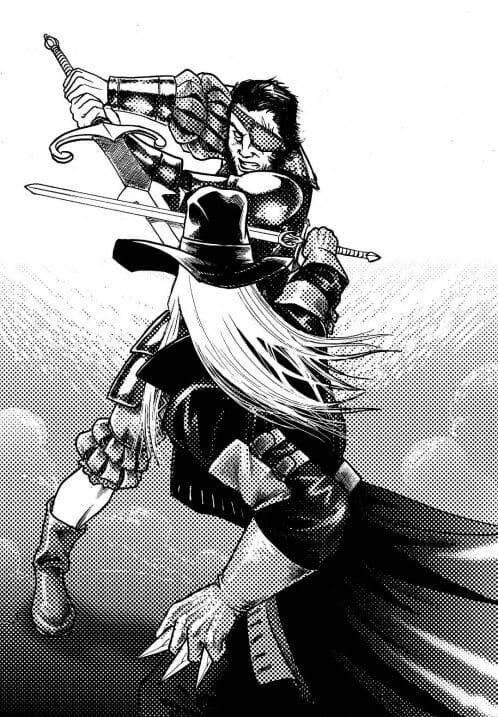 Duels are rich with tactical depth, with six unique combat styles to master.
Which path will you tread: savage, zealot, rapscallion, militant, void-walker or friend of the darkness?

Every fighter builds hope in his or her connection – something worth fighting for!

Eternal Contenders can be used for any setting, real or fantastical which features ritualised duels or gladiatorial combat.

A complete background is provided, allowing you to jump straight into the moribund city of Oblim …

How to make their way in this new, uncertain world?

The same way as they made it in the last, selling death with blood and steel…

At the end of the earth, nestled beneath the imposing shadow of Gapryu Tor lies the city of Oblim.

A last refuge for the desperate in a country run by scoundrels.

Once a prosperous sea port, the industry has long since ceased, the great docks lie rusted and derelict.

The Dark War has ended. Whispered rumours tell of the end of days – the old order has disintegrated, the magocracy gone. Fled to hidden enclaves to await the apocalypse, so they say.

Yet anarchy brings opportunity. A new order has arisen – an order of robber barons, merchant kings and murderous guilds. More than ever gold talks and life is cheap. The downtrodden populous seeks an escape from the grim reality, any means, any distraction, however fleeting.

The crude pit arenas provide disaffected fighters with a chance for glory and coin. A slim chance alongside a certainty of violence, injury and mutilation. It is, after all, entertainment.

Into this desolate world step we the warriors, eternal contenders.
Walking amongst the doomsayers and wyrdweed fiends it’s easy to surrender to the pain.

Yet even in a reality such as this, a flicker of hope glimmers in the darkness…

I don’t get it, if your a Gladiator, your a slave to an arena master, so how can you freely travel the world?

It’s a fantasy setting so I think many of the Gladiators are actually freemen who enter the arena willing and can travel.

Aaaah, ok that makes a little more sense then.

It’s a fantasy setting so I think many of the Gladiators are actually freemen who enter the arena willing and can travel. 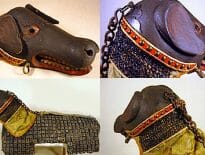 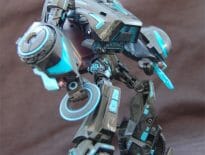