You are here: Home / Games / PC / Daredevil and Punisher come to Marvel Heroes

The free to play MMO Marvel Heroes has introduced three more characters for the game at PAX 2012. You can now play as Daredevil, the Punisher or Squirrel Girl.

Okay, on Squirrel Girl – she was a member of the Great Lake Avengers and has the power to control squirrels. Her sidekick is/was a squirrel called Monkey Joe. I can’t confirm whether Monkey Joe is in Marvel Heroes though. Together, Squirrel Girl and Monkey Joe have defeated a range of villains; including Doctor Doom.

Marvel Heroes is a Gazillion project – the company run now by David Brevik, one of the creators of Diablo.

Other Marvel Heroes characters include Iron Man, Thor, Wolverine, Hulk and Captain America. The game is a Brian Michael Bendis crafted Cosmic Cube caper. You can find out about the game at the marvelheroes.com site. 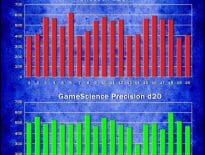