The video above is of Colonel Louis Zocchi, the founder of GameScience, explaining why he believes GameScience will roll more true than others.

That’s the theory. Dice retailer and blog liaison experts, Awesome Dice, could find no large scale test to see if the theory is true. So they decided to test.

They pit gameScience against Chessex (the largest RPG dice manufactuer) by rolling each d20 10,000 times. 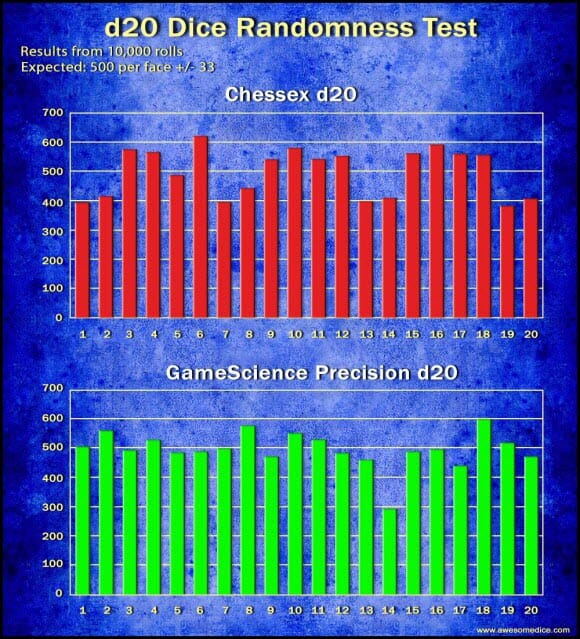 The number 14 seemed to be a bad number to pick. In fact, Awesome Dice noticed this to and published a theory as to why this might be the case.

Every GameScience die has a small chunk of plastic that sticks out of one face. This flashing is from where the die was removed from the mold. It occurs on all dice, but in Chessex dice this flashing is removed in the polishing process.

On GameScience 20-sided dice this flashing is on the 7 face — directly opposite the 14.

It seems likely that it is more difficult for the d20 to land on the face with the flashing sticking out, pushing the GameScience die off that face. In other words, this flashing makes the 14 roll far less often than it should. Since the flashing position is set from the mold, all GameScience d20s should have the flash in the same position (and all in our inventory do).

To see all of Awesome Dice’s research pop over here. I’m glad I didn’t have to roll a dice 10,000 times.

Gosh. Will that make you reconsider your dice selection?

Are RPG dice good enough quality to be truly random? 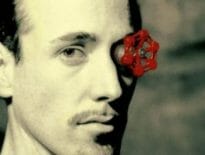