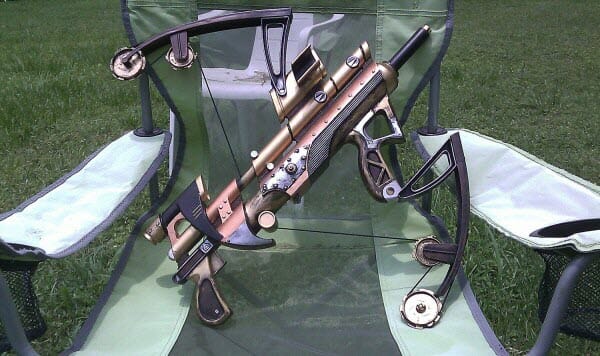 The creator is Gabe Genway, who is part of an Etsy store where, if you’re quick and have the cash, you can buy this style of creation.

As comes as no surprise, the store notes that the Nerf gun has been so greatly modified that it’ll probably not work as well as a standard Nerf gun. This steampunk bow gun is for cosplay, display and making your friends jealous. 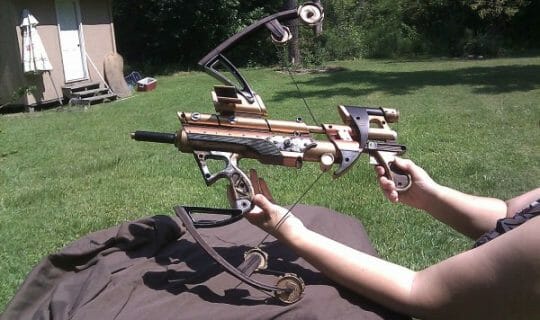 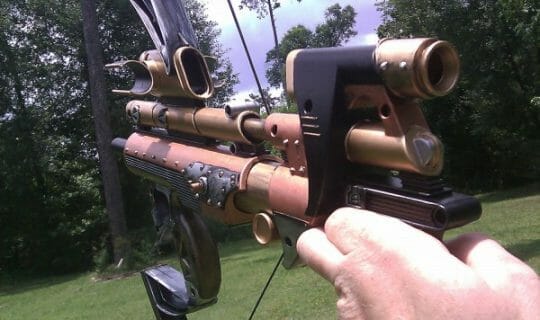 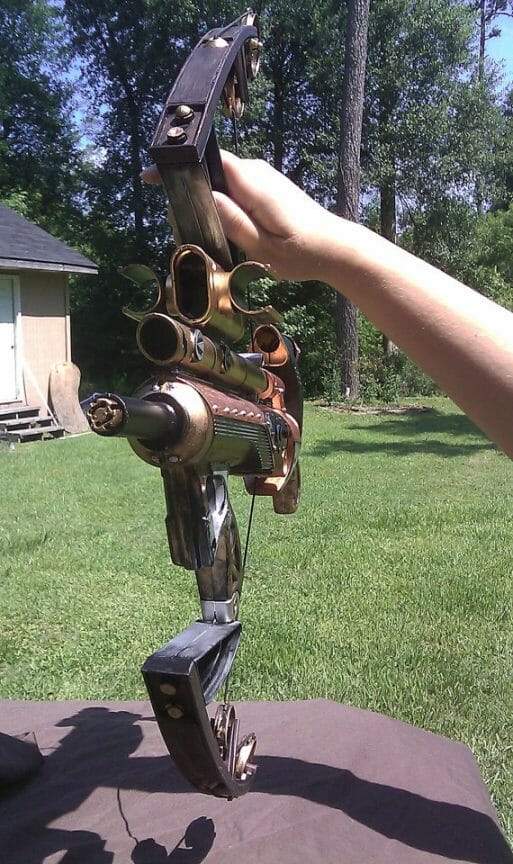 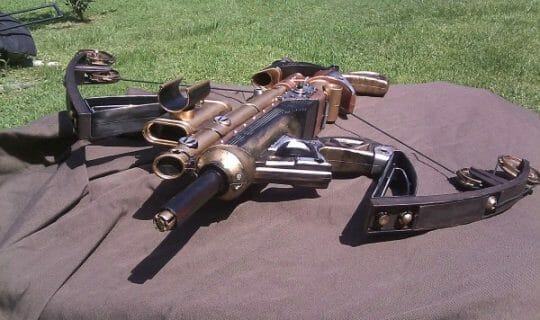 Via Nicole Wakelin at Nerd Approved.

TV Doctor Who: Oswin Oswald wallpapers
TV Dinosaurs on a Spaceship Trailer
💰 Copper Coins 💰 Geek Native is an affiliate and may earn commission on purchases you make from third-party sites.
🍪 Privacy & Cookies 🍪 The site uses cookies to survive. By accessing the site, you agree to use your browser to control cookie use or take 1d4-3 privacy damage (tracking). If you defeat cookies via ad blocking, please consider the Patreon. An intro to cookies, and how to control them, can be found here. I Manage Cookies