Guardians of Middle-earth from Warner Bros is a multiplayer RTS or online battle. The Lord of the Rings / The Hobbit game lets players pick from about 20 iconic characters – like Gollum, Galadriel, Legolas (these elves do live a while) in a PVP arena. You can also play a hobbit (called Hildifons) or Sauron.

Looking at the stats; I’d suggest Sauron was more powerful. No, really.

A second video pitches Arathorn (whom Aragorn is descended from) against a tower destroying Runsig.

I rather liked the art that each video demo came with too. The game is due out this year for PlayStation Network and Xbox Live Arcade.

New Guardians of Middle-earth trailer pitches Sauron against a hobbit 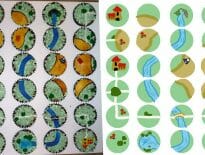 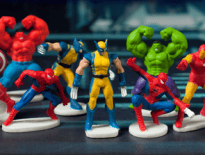