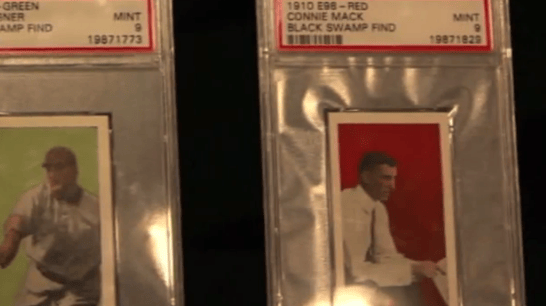 A family will be looking to earn as much as 2 million dollars in a series of auctions after finding a complete set of rare baseball trading cards in their attic in Ohio. The money will be split between some 20 cousins.

The home, in Defiance, Ohio, belonged to their grandfather who ran a market down the road. One theory is that he had the cards as part of a promotion. The find is so rare because there are nearly 700 cards in the set and they are all in nearly perfect condition. The cards are about 100 years old.

The first 37 baseball trading cards have been sold in a single auction – for $565,332. That’s actually in the lower end of expectations.

The highest price, ever, for a single card was $2.8 million for a different version, one produced by the American Tobacco Co. Only about 60 of those cards are known to exist as the run was pulled – either by the sportsman who didn’t want to be associated with smoking and children or simply because he wanted more money.